The trailer highlights the various guns within the game, which there are a few to choose from. Players can choose to rush in guns blazing, but there’s also the option to put on a silencer and go in quietly. Still, there will be explosions sooner or later. One thing is evident, there are a ton of weapons to choose from, like a true spy, a grappling hook, and lockpick is also there.

The remade version of 2003’s XIII will put players back in the role of Thirteen, an agent who has been accused of assassinating the President of the United States. During the game, Thirteen suffers amnesia after an incident on Brighton beach and must now find clues to his past, including figuring out why the Roman numerals XIII have been tattooed onto his collarbone.

Additionally, a Limited Edition was revealed that features a Metal case, 3 Art Cards, and an in-game weapon pack.

We’ll be sure to keep you updated on any more news for XIII Remake.

You can watch the new trailer for XIII Remake below: 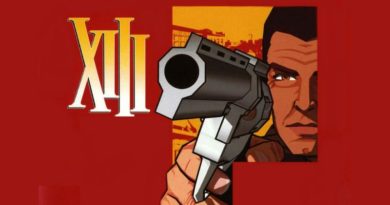