The first major content update has been deployed for World War Z, the insane zombie shooter developed by Saber Interactive and published by Focus Home Interactive.

With the latest update, dubbed as “Undead Sea Update”, players can now take on a new mission right in the capital of the land of the rising sun, Tokyo. This isn’t your typical trip in Tokyo, however, as for the mission, you step foot on an undead-infested ferry, where you and your squad will battle through open decks and tight cabins to survive.

To make matters even more challenging, there’s a whole new zombie type to worry about, The Infector, that spits deadly toxins and will come back to life if not dispatched appropriately.

Like with any game update, the Undead Sea Update adds fixes and balancing to World War Z. On the flip side, it also includes private lobbies, the ability to switch classes during PvPvZ (competitive multiplayer) matches, field of view, bonus cosmetics, and level of detail sliders for the PC version.

The next updates in Saber’s post-launch content roadmap for World War Z will include a new six-skull difficulty setting, Weekly Challenge mode, a wave-based survival mode, and more.

World War Z is currently available on PlayStation 4 and Xbox One, as well as PC-via the Epic Games Store. The Undead Sea update will automatically download for free if you possess World War Z on any platform.

We enjoyed blasting our way through the game, giving it a 7.8 out of 10 in our review and saying that it’s “a cooperative zombie shooter done right”. With the latest update for the game, we’re excited to hop back in and once again, fight for survival against massive hordes of zombies.

Get a look at what the update offers thanks to the trailer and screenshots below:

In case you missed it, check out our video review: 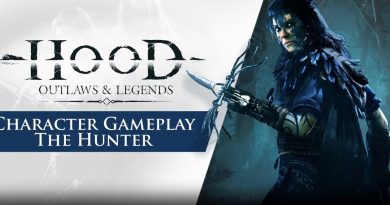