Pureworks announced that their romance visual novel White Wings will launch on PC-via Steam on July 17 in the west.

White Wings had a successful Kickstarter campaign to localize the project gaining around $26,569 from fans. This also unlocked animations for all of the CGs, which I’m sure fans will appreciate.

White Wings is a romance visual novel that follows Hiro Fujiwara, who attends Shoba Senior Middle School. One day, a transfer student named Moe Miyazawa joined his class and sat next to him. Even though Moe was smart, she was also cold, and other students didn’t approach her.

While Hiro made his attempts to get closer to her, another girl named Reika Fukihara found her way into Hiro’s life. She was attractive and more pleasant to be around than Moe, so Hiro has found himself in a bit of a predicament. The story follows this strange love triangle that Hiro has put himself in and the romance that unfolds after.

White Wings features fully animated characters using the e-mote system as well as a relatively large cast of characters. Players will be able to play through different routes as they learn more about the girls and grow their bonds.

The game features uncensored (no mosaic) adult scenes via a free content patch and 24 or more CG scenes in the story.

Thanks for the tip, @AnimeFanBoy11. 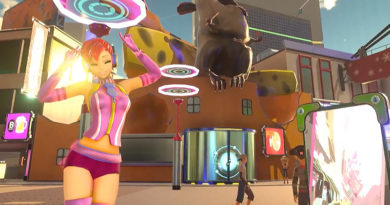