The idea of Watch Dogs: Legion has been interesting from the moment it was announced. Bringing the hacker series to the setting of London and removing the main protagonist to encompass every NPC in the game is a tough sell to those of us who can’t picture this approach. Well, for the most part, Watch Dogs: Legion is probably the perfect send-off for the current generation hardware as it pushes the hardware to some high peaks. However, there are a few unexpected valleys in this London adventure.

Watch Dogs: Legion centers around a few different issues of widespread oppression against the people of London. As the artificial intelligence market booms, the military begins using recognition cameras to keep tabs on the people. However, crime also takes advantage of this, which consistently clashes with anyone who opposes them. This is where DedSec comes in, as the healthy middle ground, and the only hope this city has left to give the power back to the citizens.

Watch Dogs: Legion has players choose a character who acts as the beginning of this revolution. From then on, players can enlist any of the citizens into their DedSec crew after a bit of convincing. Well, maybe I’m getting a little ahead of myself. The main campaign revolves around multiple antagonists who each take different approaches to control those around them. The narrative then has the player taking them down by hitting them where it hurts.

As the entire campaign goes through twists and turns, I realized that I had no real attachment to any of the main characters. Each of them pretty much filled the purpose of simply getting through a mission, but they come across more like empty shells, if anything. What’s important is the reasons they have come together after those who are supposed to protect them have failed, and they must take matters into their own hands. It’s commendable for some characters, but others didn’t really fit the bill.

Gameplay revolves around accepting missions and completing them around London with the assistant of your AI, Bagley. There’s a real sense of verticality in the game, as there are multiple ways to do almost anything. Having a certain character makes missions much easier or tougher, so losing them when they are most needed can hurt your approach. Missions can be pretty cut and dry, with some of them requiring similar approaches. However, it’s honestly up to the player on how they wish to approach a mission that will determine how repetitive they are.

Thankfully, there are a few unique mission types sprinkled through the campaign that break up the pattern and feed you some exceptionally emotional plot points. It hits a bit close to home in some areas, which left me impressed with the direction that Ubisoft takes it. There are moments where the story tries to get you to care about enlisting more people, but it got to the point where I simply had who I needed to advance the story and didn’t really care who I played as.

With that said, analyzing NPCs for possible recruitment is pretty interesting. Characters can have unique skills and abilities that allow them to blend into certain places, land quicker attacks, or access special drones. Using this to your advantage is key to taking on missions in ways that go around simply busting through the front door guns blazing, which you can do if you want.

Getting through missions as stealthily as possible is key, and there are plenty of ways to get things done. The possible number of ways is actually incredible and made me a little sad sometimes because I felt like Ubisoft did a great job of putting together these set pieces, and there were some that I found a back door through to the goal, so I didn’t get to see much of it. However, this is also what makes Watch Dogs: Legion fun because it truly lets you do things the way you wish. It supports imaginative approaches and gives you the tools to do whatever you want.

The enemy AI in the game is nothing to write home about, and you will take advantage of their poor communication and lack of guarding anything many times. Well, that is until they gang up on you and take out one of your characters, which forces you to choose someone else while they are in jail or the hospital. Fighting in the game is based on throwing punches, dodges, and guard breaks. Implementing these can get you through any encounter without taking damage. However, if you take out your gun, you can expect the enemies to come at you with the full force of their arsenal, drones, and all.

To help with encounters, characters can be upgraded with hacking skills and abilities. This allows you to strategize your approach to missions and take down guards in more interesting ways. Across the entire game, I found that trying new things made the entire experience much more entertaining. Overall control is actually nice for the most part, and the shooting systems work well as they feature some feedback when taking down enemies giving each shot a sort of weight to it. Watch Dogs: Legion is such a beautiful game to send off the current generation consoles. Sure, you’ll catch a few glitches from time-to-time, but I found the environments full of detail and life that made taking time off missions to find some of the collectibles exciting. The driving is also pretty fun as many of the cars have a futuristic but realistic design. The control took some getting used to, but once you get the hang of hacking while driving, no one will be on your tail for long.

Where you’ll find the most fun in Watch Dogs: Legion is how there is never a real limit on things to do. Each time I checked my map, I had something within my radius that I can check in on. This continues throughout the entire game, and the steady rewards and unlocks are reason enough to keep going. Furthermore, I feel like this entry in the series has really excelled in getting the hacking done right. It’s required in some missions, but not all, and runs almost seamlessly with any direction you decide to take on a mission. Watch Dogs: Legion is an interesting game in that it doesn’t feature a real main protagonist outside of the comical AI, Bagley. You may not care about each individual character, but their collective goal makes the narrative worth seeing through. The way you can take on missions any way you wish rings truest in this title, and what better set piece to do it all in than a fully realized London. Looking past some of the open-world janks may be required, but Watch Dogs: Legion is a hacking great time. 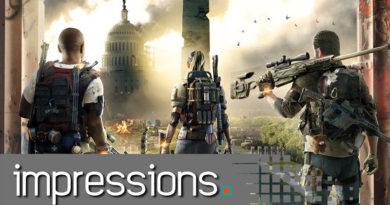