Sekai Project announced that they will publish the Le:CODE visual novel WABISABI on PC-via Steam in 2019.

Directed by Yoshino Shinichi, with character designs by Aoi Yun, and scenario writer Kashi Youhei, there isn’t much information about the game available. However, the game will be available in Japanese, Chinese, and English and is in the very early stages of development. The studio will provide more information soon about the game’s story and its characters.

Sekai Project is known as one of the West’s biggest publisher of Japanese visual, the studio has brought many titles west over the years. The studio often launches Kickstarter campaigns to allow western fans the opportunity to get physical goods with the game. A Kickstarter has not been announced for WABISABI.

Le:Code is a developer who mainly focuses on mobile and PC titles. Their first title, Maid to Partita was released for iOS and Android devices. WABISABI will be the first of their titles released in the west.

We’ll be sure to keep you up to date on any other news about this visual novel.

Author’s take: This is pretty exciting because the game has just been announced and is already confirmed for a western release which is rare for a visual novel, but I’m glad that this studio is getting their game in the west. 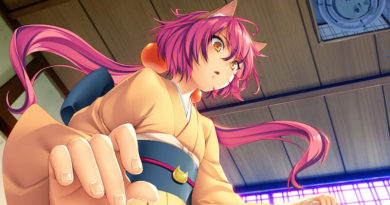 My Girlfriend is a Mermaid!? Gets Western Release Date on Nintendo Switch