Publisher Idea Factory International has announced that the action JRPG Neptunia Virtual Stars has received new, paid DLC content on its Steam release. Vtubers Kizuna AI and Towa Kiseki are now available for purchase and come with their own exclusive content.

Both Vtubers have story episodes that can be accessed via the title screen. Further, they come with 6 accessories each, while Kizuna AI comes with her own Summer Style outfit, and Towa Kiseki arrives with Swimsuit and Bunny outfits. Unfortunately, neither character is useable in BeatTik mode.

Kizuna AI and Towa Kiseki can currently be purchased on Steam for $5.99 each.

Neptunia Virtual Stars takes place in a dimension called Virtualand, which is home to planets that produce a commodity known as content. One of these planets is named EMO, which has become the target of a group of Anti, which aims to destroy content.

VTubers, a group of popular live-streamers from Earth, are residents of Virtualand and are known for creating good content. Anti quickly captured them and turned them into data pockets known as V Cubes. A distress signal was sent out to, which is received by up-and-coming VTubers  Mi and Yu, members of MEWTRAL, and the Goddesses of Gamindustri: Neptune, Noire, Blanc, and Vert, who band together to put a stop to Anti.

Neptunia Virtual Stars features action systems that allow players to switch between melee and ranged shooter characters. In addition, players can team up with real-life virtual YouTubers to take down enemies and save the planet. The game also features a music system that allows players to beat special bosses using background music’s power. 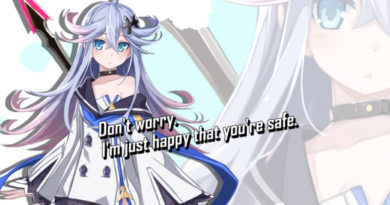