MMORPG’s always have and will hold a special place in my heart. There is something beautiful about being able to dive into an entirely new world, and I am always on board to see what new things are happening in the MMORPG scene. Recently, I had the opportunity to check out the upcoming Greymoor chapter release for The Elder Scrolls Online to see what new features and adventures await players.

I am relatively new to ESO  and have not put in enough hours to know all of its ins and outs. It is a reasonably long-running MMORPG that is just now hitting its 6-year milestone, and it has had a lot of content released over the years. However, the beautiful thing about it is that ZeniMax releases its chapter expansions to allow you to jump into the new content without having to worry about all the previous narrative.

During my time with the game, I was able to create a new character and begin my adventure with a tutorial that explained various systems. As a new player, I appreciated the ease of access provided by the game, and it helped me get over the usual overwhelming infodump that usually occurs when starting an older MMORPG for the first time.

ESO has been working on year-long stories, and this year the title will be focusing on the Dark Heart of Skyrim. The story, as its name suggests, is darker and more sinister as it features a more Gothic tone. Without going into too much detail, the story focuses more on Vampires, Witches, and Werewolves.

The narrative picks up as people begin to disappear due to Harrowstorms that are ravaging the countryside. Getting caught up in a Harrowstorm turns people into mindless zombies, called Harrowed or into the more feral vampire-like Bloodfiend. You go about exploring to figure out how everything ties together and ultimately save Solitude.

Greymoor also dives deeper into Blackreach and its vast underground landscape. ZeniMax had us play on an older build, so things were not completely finalized, but I really liked all the locations and environments, and I’m excited to see how everything looks in the final version.

There isn’t much new gameplay-wise in Greymoor, and for the most part, it is just more ESO goodness for players to enjoy. However, there is the addition of Antiquities, which I found to be rather neat. Antiquities is a new addition to gameplay that is more exploration and puzzle-based. You can join the Antiquarian Circle Guild, which will give you Leads. Leads vary in rarity/quality and dictate the difficulty of the puzzles as well as the value of the rewards you can receive.

To get started, you open up a Lead to begin Scrying. Scrying is a minigame in which you have to match shapes to link various points together. There is a turn limit that you have to solve the puzzle under, and you have abilities that make solving the minigame easier. Depending on how many points you can link together, a map will show the locations of the dig site where the treasure could be.

Once you arrive at the dig site, you open up a digging minigame, which has you playing a hot or cold radar sensing game that shows you where to dig. Upon completing these minigames, you are rewarded with various treasures such as weapons, mounts, furnishings, emotes, etc. You can also receive Mythic items from this, which are particular items that give you a big positive bonus with some adverse drawbacks. I found this to be a cool addition to the game, and I think it will help break up the monotony that comes with MMORPGs.

Greymoor also gives Vampires an update by reworking some of the abilities and fleshing out the skill line. Vampires and Werewolves are tied into the justice system, and doing vampire or werewolf related acts will incur bounty and have the guards come after you. Vampires also become more powerful by feeding, and new feeding animations have been included in the game to support this.

The final significant addition in Greymoor is the new 12 player trial called Kyne’s Aegis. In this trial, sea giants have invaded the area and are being led by a vampire lord. I don’t know too much about this as I didn’t get to check it out, but ZeniMax let us know about some exciting additions to the trial. One particular portion has you on a giant longship, and you have to navigate the longship and use parts of it to help build Ballistas and fight the encounter. I was told there are more encounters like this in the trial, but that’s as much info as I have regarding that.

Overall, I think this chapter has some cool things going for it, but I can see its mileage varying based on who is playing it. For those new to ESO and for those who have only ever played Elder Scrolls V: Skyrim, this chapter could be a lot of fun. It is nice to see familiar locations as I get to witness what things were like a thousand years before Skyrim took place, which makes it appealing to someone like me.

The focus on the more dark and sinister vampires, werewolves, and witches’ story is also cool if that is your cup of tea. However, I am not sure how many veterans will enjoy this chapter as it doesn’t really address any substantial system update or changes to the game. That said, it is still more ESO content, and that may very well be enough for a lot of the play base. I, for one, had a good time, and I am looking forward to seeing the finished product.

The Elder Scrolls Online: Greymoor is coming to PC in May 2020 and consoles in June 2020. 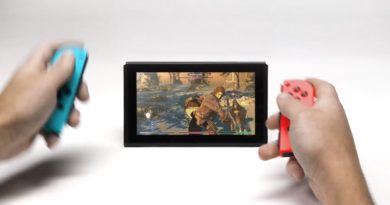