Skybound Games announced that they have partnered with Epic Games to release Telltale’s The Walking Dead: The Final Season on PC exclusive to the Epic Games store for all future purchases.

After picking up where Telltale left off, Skybound Games is making a few changes to the future release structure of the game on PC. For all future episodes, players who wish to purchase the game on PC will need to do so from the Epic Store. However, those who have already purchased the game on different online platforms will still be able to redeem the final two episodes.

“The team at Epic owns a major chapter in the history of the game industry.  We’re excited to work together on their latest transformative event with the launch of the Epic Games Store.  Epic stepped up to the plate immediately to work with us in order to bring the original team back together and ensure fans will receive the completed season of Telltale’s The Walking Dead: The Final Season,” said President of Interactive Dan Murray and Skybound Games CEO Ian Howe in a joint statement.

The third episode of Telltale’s The Walking Dead: The Final Season titled Broken Toys will release on January 15, 2019.

Earlier this year, Telltale filled bankruptcy leaving the state of Telltale’s The Walking Dead series up to debate. However, Skybound Games reached out and hired as many of the original team as they could to release the final two episodes of the game for fans to finish the series.

Telltale’s The Walking Dead: The Final Season is available on PlayStation 4, Xbox One, Nintendo Switch, and PC.

Additionally, the publisher released a video hosted by the voice of Clementine, Melissa Hutchison, to answer some frequently asked questions:

Author’s Take: Man, Epic is really doubling down on their online store, this is exciting to see because it puts Valve in a place to give developers the most return for their games. 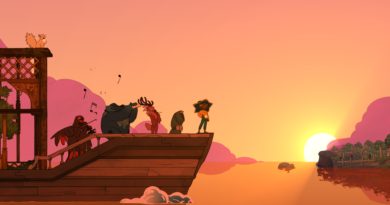