The official Twitter account for Tales of Arise has uploaded a tweet sharing an unexpected yet undeniably appetizing image; a recipe for Apple Hand Pies. This recipe is shockingly intricate and provides all the necessary steps and ingredients one would need to cook this dish.

To be honest, I’d really love for Bandai Namco to create a cookbook compiling several dishes from throughout the Tales series at large, with comprehensive cooking guides like what was provided here. Cooking mechanics in games are rarely given enough limelight, I feel like. They have the potential to bridge enjoyment from the screen to real life, and all that’s needed for that to happen are written instructions.

You can view the Apple Hand Pie recipe from Tales of Arise below:

Save this recipe for your upcoming Tales of Arise adventure!

Cook up a warm, homemade Apple Hand Pie with this #TalesofCooking recipe! 🥧 pic.twitter.com/Xz2h9s2uCU

If you missed it, check out our impressions of Tales of Arise’s public demo on PlayStation 5. Needless to say, it’s looking good.

There is also quite a variety of bonus content coming with the game’s full release, such as DLC outfits based on Tekken, Code Vein, and The Idolmaster for the girls. 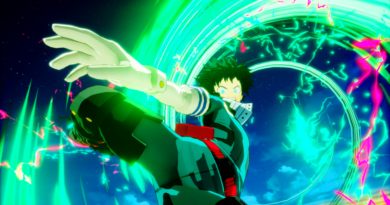