Square Enix released a new trailer revealing the official release date for Tactics Ogre: Reborn, coming to PlayStation 4, PlayStation 5, Nintendo Switch, and PC via Steam on November 11, 2022. The release date was previously leaked via a PSN listing last month. Further, the game will receive a physical release on PS4, PS5, and Switch.

The trailer offers an overview of gameplay and systems with the game that players are able to experience. The gameplay mirrors classic SRPG systems along with modern updates to bring the title to new players.

Aside from the Standard Digital and Physical Editions ($49.99) is the Digital Premium Edition ($59.99), which contains all 74 songs in the soundtrack. Pre-ordering this specific edition will also grant a digital mini soundtrack of 10 chiptune songs from the original Tactics Ogre.

Alternatively, pre-ordering the Digital Standard Edition provides players with a 3-song selection of the original soundtrack, with live compositions by Hitoshi Sakimoto. The Standard Physical release will not contain this bonus.

The download period for these aforementioned codes will conclude on November 30, 2023.

We’ll keep you updated on the release of Tactics Ogre: Reborn.

Character renders, screenshots, key art, and the world map are all viewable via our galleries below:

For now, be sure to check out the new trailer to see some gameplay systems and mechanics in vacation below: 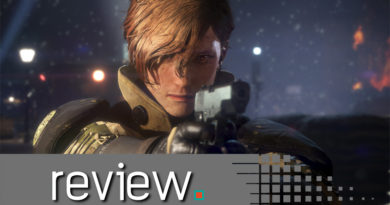