Bandai Namco has opened Sword Art Online Variant Showdown for pre-download in the west for iOS and Android devices. The game is a free-to-play title that coincides with the series’ 10th anniversary. The official release date has not been confirmed at this time.

Sword Art Online Variant Showdown is a 3D action game featuring an original story told in the SAO universe. The story introduces a new VR game called Cross Edge, which is rumored that losing a fight to a certain mysterious player means losing a portion of your own memories. Kirito and his friends decide that they need to butt in once again so they make their way into the game to see if they can crack the case. This story is set after the events of Alicization and will include a new character named Layla.

During gameplay, players can equip characters with Ability Cards to raise their stats. The cards can add special buffs to the characters to attack enemy weak points. Further, players can bring up to 3 characters into battle.

Post-launch, the developer plans to add:

We’ll keep you updated on the release of Sword Art Online Variant Showdown. 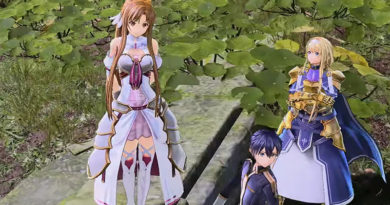