Studio Elan announced their newest visual novel project, Summer at the Edge of the Universe, in development for PlayStation 4, Nintendo Switch, and PC from publisher Sekai Project.

Summer at the Edge of the Universe is a solarpunk yuri visual novel that focuses on a group of friends who are reunited after several years of new speaking to each other. The protagonist, Summer Nasen uses this as a chance to rekindle old friendships and discover what it is she wants out of life.

Accompanied by a robot named Curiosity, the four girls travel from planet to planet, exploring everything they have to offer. The group encounters many wonders and alien cultures on their trip which ends up taking them to the edge of the universe.

Summer at the Edge of the Universe features three routes centered around Summer and her friends. Each route contains both romantic and platonic endings between the characters. The game is set to a sci-fi theme with a focus on presenting a positive and uplifting experience to the player.

Currently, the game is slated to release in summer 2021 and will feature English audio.

We’ll be sure to keep you up to date on any other news from Summer at the Edge of the Universe and Studio Elan in the future. 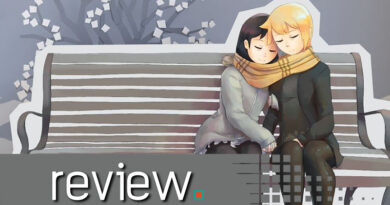