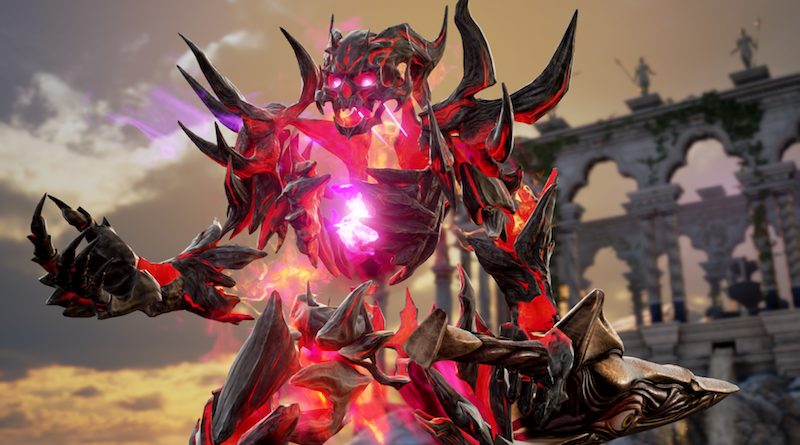 Being the original antagonist in Soul Blade and Soulcalibur, Inferno returns to the fight to face off against old rivals. Being that Inferno is a skilled fighter, he has the power to mimic other fighter’s fighting style and weapon knowledge.

With over 20 playable characters, Soulcalibur VI marks the return of the series with the last entry being Soulcalibur V in 2012 on PS3 and Xbox 360. The game features weapons, costume breaks, and the iconic “ring out” that series is known for.

Soulcalibur VI’s story finds the characters back in the 16th century where they will revisit events that took place during the first Soulcalibur. The entry will feature a new mechanics called “Reversal Edge”, which acts as a counter and allows players to black an attack and follow up with their own attack.

Soulcalibur VI launches on October 19 on PlayStation 4, Xbox One, and PC.

You can check out screenshots and a new trailer below:

Author’s take: Inferno seems like he is going to be a an extremely overpowered fighter. The fact that he can move so fast while wielding that big sword is going to make matches very interesting.