UmaikiGames announced that their action RPG Skellboy will release on Nintendo Switch-via the eShop on January 30, 2020.

This announcement comes after the short delay of the game. To make up for it, the developer is releasing the game with a pre-purchase discount of 20% beginning on January 20. However, there is no mention of the Steam release at this point.

To celebrate the announcement, the developer has also released a new trailer showing gameplay and various environments that players will be able to explore. This provides a nice preview of the game for viewers.

Skellboy takes place in Cubold Kingdom, which was peaceful until the king’s evil court magician game dumped by the princess. Now that he has a broken heart, he’s taking revenge on everything around him and resurrected the dead along with other terrible things to make himself feel better. However, in his fit of rage, he summoned an ancient here named Skippy, who sets out to take down the magician and restore peace to the kingdom.

You can check out the new gameplay trailer for Skellboy below, which reveals the updated Switch release date: 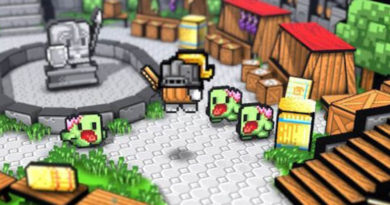