Wayforward announced that their hair whipping half-genie Shantai will continue her in adventures in Shantae and the Seven Sirens when it launches on PlayStation 4, Xbox One, Nintendo Switch, and Apple Arcade on May 28.

Shantae and the Seven Sirens brings together the most popular elements from previous Shantae titles as she heads out on a new quest. During the game, Shantae visits a tropical paradise where she befriends new Half-Genie allies. However, things take a turn for the worst as she stumbles across a secret below the island’s surface. Intrigued by this mystery, she will need to use new dancing abilities and transformation Fusion Magic to explore this nonlinear, interconnected world as she fights off various enemies, which might even be the Seven Sirens.

Shantae and the Seven Sirens features a new anime-style opening from Studio Trigger as well as offers 4K support and a collectible card system that lets players augment Shantae’s powers in a variety of ways.

Apple Arcade players will find a number of improvements to the game with a newly released update, which adds new environments, dungeons, and abilities.

Shantae and the Seven Sirens originally launched in 2002 and is the fifth entry of the Shantae series. Limited Run Games will be handling a physical release of the game for some platforms.

To celebrate the announcement, you can check out the new trailer for Shantae and the Seven Sirens below: 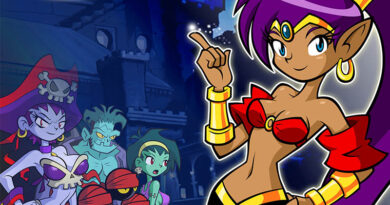