The trailer highlights characters and their special moves that they can use in battle. Furthermore, the trailer shows a bit of the exploration gameplay that players will encounter in this new adventure. The game definitely has the appeal of a gacha mobile game and other titles that you’d see from the publish, but it differs in a few ways mechanically.

Seven Knights: Time Wanderer is a real-time turn-based RPG based on the Seven Knights Mobile IP. Players will have access to a version of the game that features all-new controls and battle systems, and content that has been optimized for consoles. The game features a single-player RPG and introduces an original story the differs from the mobile version.

Seven Knights: Time Wanderer focuses on the story of the eighth member of the Seven Knights, Vanessa, who is equipped with magical equipment, a sentient hourglass known as Sandy. She finds herself lost in time, and must now journey to get home. Throughout her quest, she will meet the other seven knights who will join her.

Seven Knights: Time Wanderer will launch worldwide digitally via the Nintendo eShop. The game will not include any gacha system as players acquire in-game characters as they progress through the story. 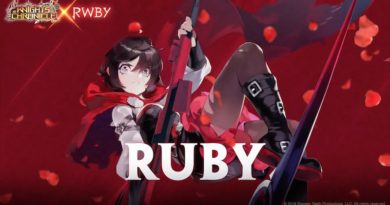