During the Nintendo Direct, Bandai Namco announced SD Gundam Battle Alliance will be headed to Nintendo Switch in 2022.

UPDATE: The game has been confirmed for a PlayStation 4, PlayStation 5, Xbox One, Xbox Series X, and PC-via Steam release.

During SD Gundam Battle Alliance, players can choose and customize from three mobile suits to take into battle. The game features action systems that rely on character stats to overcome challenging missions. Although the game is cute, there is a layer of strategy here.

The game plays out like an action RPG, players can build a three-person team from “Mobile Suit Gundam” to “Mobile Suit Gundam Iron-Blooded Orphans,” through a solo campaign. Further, friends are able to join you through online gameplay.

“We’re so excited to see how players react to famous scenes from various Gundam works in SD Gundam Battle Alliance,” said Katrina Castillo, Senior Brand Manager at Bandai Namco Entertainment America Inc. “Whether playing with friends or playing solo, we encourage players to break the limits of their favorite Mobile Suits to win battles and lead their squads to victory!”

The description of the game is as follows:

Strange incidents called Breaks are occurring across the Gundam universe. Find out what’s causing them and restore the proper timeline in SD Gundam Battle Alliance. You’ll lead three Mobile Suits in dynamic action-RPG battles, with the ability to enhance each suit with Parts to improve their power

This version of the game will also feature online co-op features for players to take the action online.

We’ll be sure to update the article if any other platforms are announced.

The Dark Pictures Anthology: Little Hope Sets Up The Nightmare in Almost 8-Minutes of Gameplay 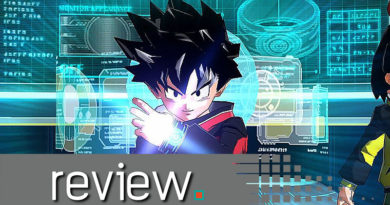