ScrapPaperDev announced that their adventure RPG Scrap Story: The Paper Prelude will launch on PC-via itch.io on July 17, 2021.

Scrap Story: The Paper Prelude is a prequel to a much larger adventure, but it may not be connected to the events of the main story. The game will launch for free exclusive on itch.io, but the team will look into a Steam release at a later time. The game will feature around 6 through 8 hours of gameplay and will receive a free expansion in the Fall with an extra chapter and sidequests.

Further, the developer released a new trailer that shows gameplay. Players get a nice preview of the environments, battle system, and music. Additionally, we get a chance to see the various ways players can interact with their surroundings. The trailer only focuses on gameplay and doesn’t feature many story elements.

Scrap Story: The Paper Prelude is a story about a little paper girl who woke up to the sound of rain. She finds a note from her brother that reads, “I’m going on an adventure in search of the legendary treasure. I’ll find it in no time, so don’t bother looking for me.” However, everyone knows that there are monsters that guard the treasure. So, the girl picks up a stick and heads out into the forest to find him.

While searching for her brother, the paper girl can help villagers with tasks, make new friends, fight enemies, and collect stronger equipment. In battle, players can also give gifts to the monsters in hopes of becoming friends. 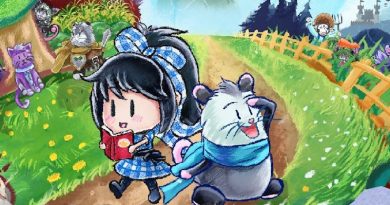