Developer and publisher Saber Interactive, primarily known for various titles like World War Z, have announced that they will be revealing several new titles this week. The company stated that during The Game Awards, fans can look forward to a brand new game announcement alongside a trailer, while 3 more will premiere on the Twitch Winter Gathering on December 10 at 1:50 PM PST.

Todd Hollenshead, Head of Publishing at Saber Interactive, provided the following statement regarding the upcoming reveals:

“Saber is celebrating its 20th anniversary this year, and it’s amazing how much the company has evolved in that time. Our company has long been known for its sterling reputation as a developer, and since joining the Embracer family we have continued to grow on that front by acquiring some of the most talented studios from around the world. At the same time, we have been quietly building our publishing division and lineup which is about to rapidly expand with the announcement of multiple new titles for 2022 and beyond. We will be revealing more from our upcoming, very diverse slate with announcements and trailer reveals later this week at both The Game Awards and the Twitch Winter Gathering.  You’re going to be hearing a lot more from Saber moving forward.” 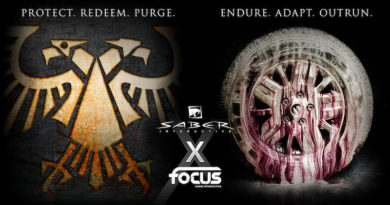