The Closed Alpha will be the first time that players can play the newest chapter in this over-the-top strategy franchise. Those who wish to participate can apply at the game’s official website. Entry into the Closed Alpha will be on a first-come-first-served basis, but those who get in will be able to earn a bonus “Retro Boulder” and a Guinea Pig Banner to display in-game. The Closed Beta will end on January 13, 2020.

To celebrate the announcement, the publisher has released a new trailer that shows the game in action. Additionally, the developers talk about the game and what makes this entry the most ambitious in the series.

Rock of Ages 3: Make & Break allows players to create their own stages with a handful of tools and creative options. Players will then be able to share their creations with the online community where up to four friends to play through in local or online modes. The gameplay also features single-player and multiplayer pre-made stages from the developers as they go on a comedic retelling of history. 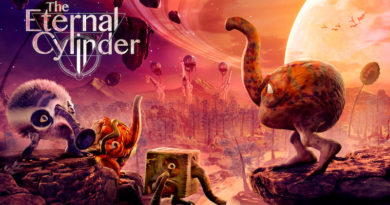 The Eternal Cylinder Looks Extremely Weird and It Has Our Attention