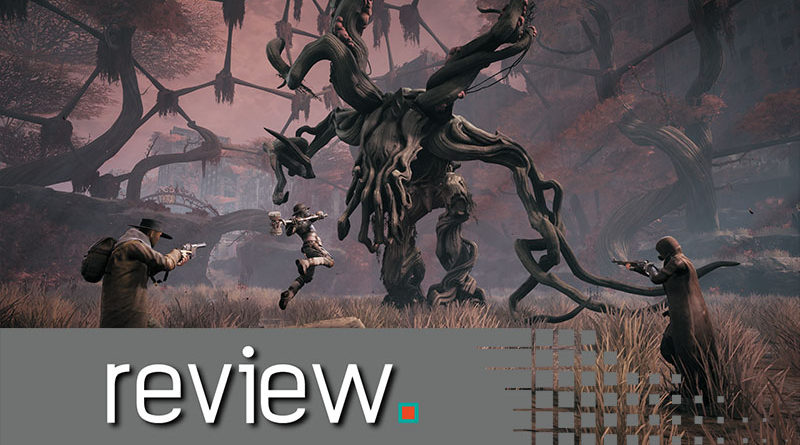 
Remnant: From the Ashes is a SoulsBorne inspired action-RPG that takes many cues from other games in its genre and mashes them together with some very competent shooting mechanics, dynamically generated maps, hidden secrets and puzzles, and the ability to play the game co-op with two other players. While there are many similarities to other Soulsborne games, Remnant: From the Ashes makes many refreshing changes that make the game unique and enjoyable for a larger audience.

Similar to games such as Dark Souls, Bloodborne, and Nioh, Remnant: From the Ashes has you go through maps fighting smaller mobs of enemies to get to a larger more difficult boss fight. The game has you stop at checkpoints along the way that restore health and some consumables, and there is also a stamina bar that requires good management to sprint and dodges enemy attacks as needed.

This ends up making the game challenging, which the genre is known for. There are also two higher difficulty modes for those that want to push themselves. If you happen to already be a fan of this genre, this might be enough to already get you on board. However, for those out there who, like me, aren’t the biggest fans of these types of games, read further as I expand on some of the details of Remnant: From the Ashes that make it special and worth checking out. Traits are one of the main RPG elements of Remnant: From the Ashes. Traits act as your skill tree and leveling up provides trait points that allow you to increase the effectiveness of each trait. What is nice about traits is that they offer more than just increasing basic stats. Some traits allow for you to improve your stealth by shortening the distance before enemies notice you, and others increase the amount of your Mod meter you fill-up after taking a hit.

There are many traits in the game, but you have to discover them as you play. Some are found in secret locations and some are unlocked when you do something specific. What I like about traits is that it allows you to customize how you want your character to play and what playstyle you want to use to approach the game. I enjoyed how new traits are found through exploration and by trying different things out, which made finding a new trait feel special. Depending on what traits you find you may be inspired to play your character differently. Mods are special skills you can attach to the weapons and it requires you to fill up a meter to activate. These skills have a variety of things they can do such as revealing enemies around you with a red glow, creating a healing pool near you, and empowering your weapon with a chance to set enemies on fire. Similar to traits, many mods can be discovered throughout the game.

There are also more specific mods that are found when defeating a major boss in a dungeon, while others are obtained through different methods. You can equip a mod to each gun you are carrying and you can freely unequip and swap them around as you see fit. This adds a lot to customize how you play the game and is especially useful when planning how to overcome particular enemies and obstacles. From my time with the game, guns, and armor seem like the less exciting element of character customization, but there is still quite a bit on offer. You are allowed to actively use one Handgun, one Long Gun, and one melee weapon. I found that only having two gun slots and having those slots be dedicated to specific types of weapons was a bit limiting in regards to customization. However, there are a variety of weapons to choose from and you can swap weapons out whenever you want by going into your inventory.

Weapons can be upgraded at the home base of Ward 13 which will increase the stats of your weapons, and you can upgrade weapons up to 20 times (10 times for special weapons that drop from bosses). I found the upgrade mechanic in the game both useful and a bit frustrating. If I spend the resources upgrading a weapon I like, I feel less incentive to try out other weapons since they will be weaker than the one I’ve spent the effort improving. However, I do like that if I like a gun, it will remain relevant as long as I spend the time upgrading it.

There isn’t anything particularly new or exciting about this element of the game which is a shame since gun loot drops are in my opinion one of the more exciting parts of RPGs that involve guns. Armor, on the other hand, is a bit more interesting since different pieces of armor offer set bonuses when wearing multiple items from a set. Some armors give bonuses to critically striking enemies and others offer bonuses to stamina utilization. You can mix and match set items to get a few perks in multiple categories or you can wear a complete set to get a stronger perk in a single category. This allows you to further customize your character’s playstyle and makes it exciting when you find a new piece of armor. When it comes to gameplay, Remnant: From the Ashes utilizes what developer Gunfire Games calls “Dynamic Generation”. What that means is there is a sort of RNG element when it comes to the maps and dungeons you encounter in the game. Gunfire Games has created special maps pieces, locations, and quests that are stitched together randomly through every playthrough of the game. This makes it so that each playthrough is different when it comes to what bosses you encounter, what dungeons you find, what secret locations you uncover, etc. This allows players the chance to play through the game multiple times and get something new out of it, which I felt worked out well.

To test this out, I created two characters and played through the same first major plot points of the game which remain static through each playthrough. One of the major objectives of the game requires you to find the subway in the city. In both of my playthroughs, the method of reaching the subway in the city was different. The location of the dungeon I had to go through was different, the layout of the dungeons was different, and the major bosses at the end of each of those dungeons were vastly different. I found this element to be very cool especially with the fact that the developer had mentioned that you cannot experience the entirety of the game in a single playthrough. This keeps the experience interesting since you never know what you are going to encounter which adds to the sense of adventure and exploration.

The only issue I have with the RNG in the game is that it affects the difficulty of some of the major bosses you encounter. The boss types you encounter at the end of dungeons are random but another RNG element of it is that these bosses also have a special trait that is RNG as well. This made the first dungeon I encountered for each of my characters vastly different in difficulty. For example, the first boss I encountered was an archer that had a special trait of shooting arrows that exploded into spore clouds. This made it hard to kill since it required a lot of dodging around which took away from my ability to hit the boss at all. During my time in co-op with one of the members of Gunfire Games, he also mentioned that I rolled into a particularly difficult combination. The boss I encountered on my second character was significantly easier to take down and I was able to defeat it no problem without the assistance of co-op. While this randomness in regards to difficulty may be frustrating for some when playing the game single-player, the developer has provided an opportunity to turn the frustration into fun by making co-op an option for the game. Co-op is probably the best addition to this game in my opinion and one that opens up the Soulsborne genre to a wider audience. While I can understand the appeal of really difficult and cutthroat games such as Dark Souls and Bloodborne, I had the hardest time getting into them because the difficulty was more tedious than enjoyable for me, and it seemed like the only way I could finish the game would be to “Get Good.” However, Remnant: From the Ashes allows for co-op play, so now, I can get friends to assist me in the more difficult portions of the game.

The game’s difficulty does increase with more people in your party since the enemies have tougher stats and friendly fire is present. However, your co-op partners can resurrect each other by using up one of their limited heals and the focus of enemies will be divided among the party both of which make tough fights a bit more manageable. Another cool thing about the co-op is that you can join your friends’ games which means that if they find a boss or location or item that you have yet to encounter due to the RNG in the game, you can encounter them by joining your friend’s playthrough. I think this will make the game a very social experience for people who enjoy discovering things and sharing them with other people.

Before concluding this review, I also want to quickly mention lore and secrets in Remnant: From the Ashes. There are a lot of secrets in the game that you can discover and through these secrets, you not only get cool things like items and traits, but you also get to discover bits and pieces of lore organically. While I don’t want to go into too much detail regarding this because its fun to discover secrets for yourself, I will say that it is worth your time to explore every bit of a map and to talk in-depth with every character you encounter.

Remnant: From the Ashes is an excellent game and especially one that I think a lot of people outside of the Soulsborne community will enjoy. While there may be elements of the game that some will find more exciting than others, I think there is enough in here to appeal to different groups of gamers that will create some fun experiences for all who play it. Whether you’re going into Remnant: From the Ashes for the solo campaign or teaming up with friends, it is bound to provide some intense moments of gameplay that I couldn’t get enough of.