Kagura Games announced that they will release the Asgar Knights-developed doujin RPG, Re:BF, on PC-via Steam and Kagura Store on March 11, 2022, in the west.

Re:BF tells the story of a young boy named Venos who was taken in as a servant in a noble house. He was treated fairly and learned quickly to become an adventurer, but that’s right as the world began to change. Monsters began swarming the continent of Garzholm. It just so happens these monsters resemble women, and they range from slime-type to vampires, so there’s a decent variety. Evidently, Venos is able to fight against these monsters and takes up the job as the new leader after the old duke retires.

The gameplay features one-on-one combat with different monsters girls. Each enemy is fully animated, and players will have to take them out strategically. Further, additional side-quests are available, along with secrets scattered throughout the environments. The game features a skill system to build a character that fits the player’s playstyle.

It should be noted that there’s a patch available to add adult content to the game. A free patch is available from the publish on their website.

You can watch the streaming trailer below to see some of the characters and monster girls:

Adventure RPG ‘Liz: The Tower and the Grimoire’ Gets Western Release Date on PC 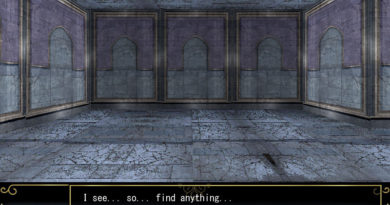