The gameplay highlighted a lot of what fans of the series love including the platforming section mixed with exploration and combat. Players will take on a new quest starting Ratchet and Clank as they visit new worlds as well as revisit old worlds to save the universe from Dr. Nefarious. The game’s narrative revolves around the heroes stopping the Doctor from damaging the fabric of time. Sadly, the trailer doesn’t show very much of the new female Lombax.

Ratchet & Clank: Rift Apart sees a return of many gameplay elements from Ratchet & Clank 2016, a reboot of the series. However, players will be able to take control of a new character, a female Lombax, who most will ship with Rachet soon. Players will have access to a range of weapons and gadgets that will allow them to take down the many threats that the team faces. Furthermore, the game will take advantage of the Dualsense controller utilizing its haptic feedback. Also, the game will utilize the more powerful hardware by featuring a larger variety of enemies, visual effects, and more detailed environments along with shorter load times.

You can watch the new gameplay trailer for Ratchet & Clank: Rift Apart below: 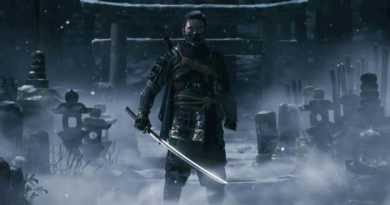 Ghost of Tsushima Reveals 18-Minutes of New Gameplay and Details