Rance is a famous title when it comes to eroges. It’s one of the classic representatives of the genre, with its first game originally released in 1989. Rance 01 + 02 includes remakes of the first two titles (Rance 01 – Quest for Hikari and Rance 02 – The Rebellious Maidens). With an interesting take on the RPG formula, it offers a solid experience all around with a protagonist whose morality can be just as bad as the villains.

Before talking about the games themselves, it’s important to talk about the protagonist, Rance. He’s a warrior who acts as the impressive hero of RPGs, but he’s actually a really lousy guy. A buffoon who acts haughtily, treating everyone around him poorly, with the only thing on his mind being women. He’s really, really annoying, and it’s tough to sympathize with him.

In fact, I want Rance dead in a really gory way for his actions. He’s the kind who rescues damsels in distress and rapes them because he gets in that sort of mood. There’s even a constant “assault” button in both games because he always has his mind in the gutter.

Though there can be funny scenes at times, especially when his desires are denied, the situations revolving around torture are hard to swallow. These themes are part of the main story for both games, making them unavoidable. In fact, they’re the main attraction, so it’s important to keep that in mind.

In the first game, Rance’s quest revolves around finding a missing girl in Leazas. However, the truth is that this simple disappearance is just the tip of the iceberg. As Rance and his slave/partner Sill investigate the circumstances, they’ll find a much more sinister plot at work.

Rance 02 is all about defeating four mages who used special rings to fight and defeat their master. The protagonist ends up finding out that having sex with them is a way to control their magic power, so he’s eager to save them. The second game comes in two versions, Rance 02 and Rance 02 Kai, both included in the package. The first one uses the original script while Kai brings revisions to the dialogues. They’re the same story, but the newer version fleshes out Rance and the NPCs much more, offering more humorous bits and allowing the characters to show their personalities better.

An interesting aspect of the story for Rance 01 and Rance 02 is how it abuses fantasy tropes. From occasional jokes of usual cliches to the way Rance acts as the chosen hero to justify how the world should submit to him according to his obnoxious opinion. It knows how silly RPGs can be and capitalizes on that.

During those quests, Rance will have to interact with townspeople and battle various enemies. The towns (one for each game) are menu options for locales to go to, such as item stores and the local pub. Inside them, the player can interact in various ways: looking at stuff and people, touching them, trying to take something with you, or assaulting them.

Though they are traditional turn-based RPGs, battles are very different in the two games. Rance 01’s system is focused on the items the player has in their inventory. It’s possible to carry multiple weapons and use all of them in a single turn for overwhelming damage, shields to protect against enemy attacks, and recovery and support items with various effects.

Though it’s possible to pick every single item, the game emphasizes how the turns are essentially gambling. Picking a weapon or shield will be spent until the cooldown recovers, which could leave Rance vulnerable for future battles. Exploring the area outside town and the dungeons may take multiple turns, so it’s necessary to be moderate often.

Enemies also have their own patterns. For instance, an enemy may have a high guard during a turn, so waiting for a turn when it’s down will be much more effective. Their attack, defense, and weaknesses are shown on screen, making it possible to plan actions. It’s also important to understand that the enemy’s attacks will hit even if the player can beat them in one hit. All these elements make for really interesting and unusual battle dynamics. Exploration is also atypical, as the dungeons are composed of cards. The player can move left or right, changing which card they will pick. It can be an empty space, an enemy, treasure, traps, areas with unique effects (like a statue that can give you extra skills), and the way to fast travel to Leazas or a different floor.

Not all cards are visible, making it possible for the player to fall for traps that cause status effects. These include reduced visibility, walking randomly through the dungeons, being unable to go back to Leazas unless you reach the specific card, having a nude woman covering part of the screen, and fatigue.

Rance 02 is much more traditional and simple. Dungeons are boards for the player to move left, right, up, or down. The tiles may contain special events, some of which are necessary to advance the plot. Moving will sometimes lead to a battle with monsters and monster girls shown in sexy poses when defeated. It’s also possible to force battles to happen whenever the player wants to, making grinding really easy.

Camping anywhere is possible, allowing the player to save and rest, but it recovers only Stamina to the party, which is necessary to use attacks and spells in battle. HP recovery is handled using items or recovery spells, the latter only available during combat. Battles are basic turn-based stuff without any special flair to it. Controlling Rance, you’re only able to attack, use a stronger attack that costs more stamina, use items, rest (to recover stamina) or run. There are also segments in which it’s possible to control Sill, allowing the player to use magic attacks and healing, but with a really weak attack.

The player only controls one character at all times, leaving the rest of the party for the AI. This limitation makes the battles really annoying, even more so since the game has the brilliant idea of making any character death lead to game over. It just doesn’t work well.

When the player can’t use recovery magic, they have to resort to items. Still, the only consumable during that segment restores 10HP when the weakest character in the party is taking much more damage. A much better item is available in the last chapter, but the previous 10HP items are thrown away and unavailable.

Throwing away items is actually a constant in Rance 02, as most treasure chests are useless, and there’s no selling option in the stores. Once Rance obtains better weapons and armors, he throws away old ones. All these details together make the game plainly annoying instead of really offering a good old fashioned challenge.

On the more artistic departments, both games have mostly static CGs and no voice acting. However, the soundtracks are great, exploring its fantasy setting well, and the art style offers really detailed sex scenes and sexy bodies for the women. I’d also like to point out that Rance 01 has penetration sounds, but 02 doesn’t.

Overall, the Rance 01 + 02 bundle is a little uneven. With really bad game design decisions, Rance 02 drags the package down in quality. It’s a good package for someone who already knows how the series works and wants to dive into the universe of the totally-not-a-hero Rance, but Rance 01 offers a better experience while 02 is just cumbersome. 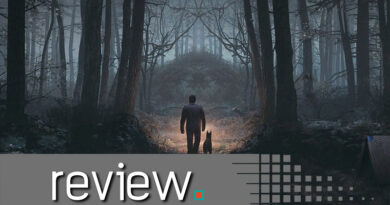