When Pokémon Masters was announced I was pretty excited about the concept. You’re telling me I can have my dream team of favorite trainers team up and fight with their iconic Pokémon? Yes, please. I didn’t however, anticipate it would be a free-to-play gacha game. Especially considering how the Pokemon Company’s previous attempts at these mobile titles haven’t been pretty. To bring up a few, Pokémon Quest and Pokémon Rush were overly repetitive and became old very fast. However, I’ve always adored Pokémon since forever, so you know I’m going to check it out anyway. Since the game received an early launch in both Singapore and Canada, I’m going to do exactly that.

Pokémon Masters has you play as a silent avatar who has been invited to join the Pokémon Masters League, PML for short, on the man-made marvel, Pasio Island. The PML is a massive tournament that features pretty much every named character you’ve seen in a Pokemon game. Gym leaders, protagonists, rivals, champions, all vying for the grand prize: Glory. However, there is a catch. You only get one Pokemon at your disposal, and you’ll need to fight in groups of three which means you’ll need to create teams.

From here on out, assume this doesn’t play like Pokémon because it’ll take longer to explain the differences between Masters and other titles in the franchise than to just explain Master’s mechanics. For convenience, a trainer and their signature Pokémon is referred to as a sync pair. Before each battle, you’ll pick out three sync pairs to use with each pair being associated with both a single elemental type and unit type. They’ll also be assigned one weakness, but the game does not feature any resistances or nulled types. To go along with this design choice, all damaging attacks your Pokémon use will be the same type as the Pokémon using them. Battles play out in a 3v3 format, just like the highly underutilized triple battles in the main series, but in real-time. Within battle, you’ll be presented with a segmented bar. This bar, found at the base of the screen, changes over time and is used to select your attacks in real-time akin to the active time bar in games like Final Fantasy XIII. You start with three bars, which can be upgraded to six total, and are shared between your three party members. Tapping an enemy selects it as a target for attacks and using attacks drains the gauge. Each Sync Pair starts with two moves, comprised of an attack and a trainer move.

Trainer moves function as items or buffs and don’t cost any gauge, but have a limited amount of uses. Each time you use a move, a counter in the center of the move selection screen will go down. Once the counter reaches 0, it’ll start to glow and you’ll be able to use a super-powerful sync move that damages an enemy and gives you a temporary stat buff after use. These sync moves also function as a hybrid of both Mega-Evolutions and Z-Moves from generation 6 and 7 of the main series Pokémon games. So if your Lucario uses the sync move then it will be mega evolved for the duration of the stat buff. I liked this a lot, as it doesn’t leave those battle mechanics unaccounted for. Outside of battle, however, the game’s main story involves the player character completing a special gym trial to net badges to prove their worth for the Masters League on Pasio island. Along the way, you’ll meet and recruit your collection of trainers from past games as well as a few OG characters. There is also a mysterious team of villains called ‘Team Break’, who’s goals include general anarchy and pokemon thievery. The gameplay loop seems to give the player one trainer for completing each chapter, a reward that seems quite positive to start but bodes ill for the game having long term staying power, at least until they start releasing chapters that don’t net a player new trainers.

However, for free-to-play fans, this is an absolute hoot. It means you’re going to have a solid cast of sync pairs without needing to spend any in-game currency on more, which gives you more time to save for your favorites. This is a gacha game, you’re going to be rolling at some point. Each Sync Pair has a star rating between 3 and 5 with the implication you’ll be able to upgrade all of them to 6 stars. However the required item to do so doesn’t appear to be obtainable at this time, so we’ll talk about that more in-depth at a later point.

A very important thing to take note of is the required specs to run the game. On an Apple device, you’ll need iOS 11, a 64-bit processor and 2GB of ram. For an Android device, you’re looking at a minimum of Android 5.0 or higher, with 7.0 as your recommended level along with the 64-bit processor and 2GB of ram. It’s a fairly high-end application, with visual glitches present on phones just four years old, such as my Samsung Galaxy S6. However, the visual glitches on my device are relatively minor and are comprised of occasional texture flickers on certain cutscene backgrounds. Hopefully, these will be the end of any glitches because updating phones are expensive and I am thoroughly enjoying Masters so far.

Pokémon Masters is expected to be released worldwide in late August for iOS and Android devices. The game is currently available in Canada and Singapore. Man, that’s weird. 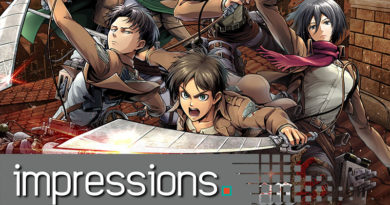