Developer Out of the Blue and publisher Raw Fury have announced an upcoming 2.5D platformer and a first-person puzzler titled American Arcadia.

Throughout this game, players control 2 characters in the luxurious, 70s-style, retro-futuristic land of Arcadia. However, the citizenry aren’t aware that they are being filmed 24/7 for a show called American Arcadia. Still, those well-liked by the audience tend to enjoy an enjoyable life, though those who don’t provide suitable enough entertainment are subjected to a vague, unpleasant fate.

One of the protagonists, Trevor Hills, lives a dull life that should worry him, but a mysterious voice seemingly aims to guide him to the show’s backstage to attain freedom.

This title will boast the following features:

Screenshots of the upcoming game were provided, viewable below:

You can view the announcement trailer for American Arcadia via the official Raw Fury Youtube channel below:

American Arcadia is in development for unspecified consoles and PC via Steam. 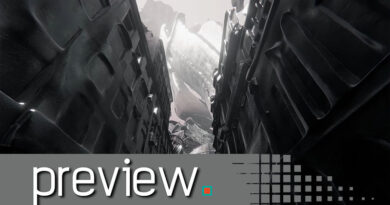