Denpasoft announced that the qureate developed visual novel NinNinDays is available now on their store page, the game officially launched on Steam on August 8.

NinNinDays is set in a world where mercenaries known as Ninja roam the shadows and execute their missions in secret. In the present day, ninja continues to head out for training and follow tradition, but there has been a lack of work and the ninja village has become broke.

In an effort to bring fortune to the village, Sumire has left the village with orders to train in the city. This proves to be difficult as she arrives with no food or money and is not stranded on the road. That is until the main protagonist comes and helps her out and I’m sure you can guess where all this is going.

NinNinDays will be uncensored via Denpasoft, currently, a free patch is available for Steam users, but the publisher is currently hosting it a sale price.

NinNinDays features character animations via the E-mote system and different routes based on player choice. The game is set in an actual Japanese town to help with the immersion for those of you who need it. 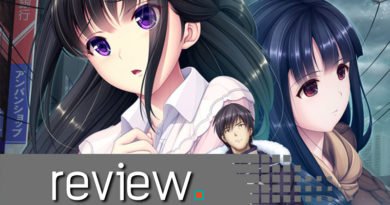 I Walk Among Zombies Vol 1. Review – The Apocalypse Changes Us All