I’m not totally sure if it’s possible to ever get enough catgirls in your life, but developer Whirlpool seems to be delivering a healthy serving of the fan favorite theme. In an attempt to expand on their Neko-Nin exHeart series, the developer has created a standalone entry that is meant to bridge together Neko-Nin exHeart 2 and the to-be-released Neko-Nin exHeart 3 with a little more content to hold fans over.

Neko-Nin exHeart 2 Love +Plus begins with a simple choice of which of the four girls the player would like to know more about. This entry of the series is meant to offer player mini-episodes that runs about an hour long each. However, each chapter includes scenes and dialog between all four girls so it’s just not one continuous conversation with one character, which was nice considering how well these characters bounce jokes off of one another.

The tone of the game is kept light-hearted and comical. There’s really no groundbreaking story or plot to be found, but that doesn’t seem to be what the developer is trying to present here. These girls are each trying to protect and spend time with the main male protagonist Haruki Houjou who has ancient family ties that means these girls must serve him. Like I said, nothing groundbreaking. I was left a little surprised that this casual way of storytelling and expanding on characters and the world does end up making events a little more interesting. Although each chapter is kept short, enough events happen to give the reader a new understanding of the characters. Given that the game is priced at $4.99, I expected the quality of the storytelling to match, but I was wrong. The story and characters stay true to what fans have learned this far into the series which doesn’t make them out to be lesser versions of themselves, even with such a low asking price.

In the event that this is your first entry of Neko-Nin exHeart, the game has an optional chapter that catches the player up to the series quickly by introducing the characters and events, all narrated by the cast. Audio quality as a whole ends up being one of it’s strongest areas of game design as each character is rather hysterical in their own way. The all-ages version of the game removes many of the CGs that the game offers, leaving the player with little outside of the character illustrations talking. However, the 18+ patch is free to any owners of the game to unlock those scenes. With that said, the H-scenes in the game aren’t really needed or necessary as they kind of happen during the last 20 minutes of every girl’s chapter.

Character illustrations are the same ones used that fans of the visual novel will recognize and I feel like this is something that will need to be updated in the third installment. Seeing the same character movements and reactions gets pretty repetitive now that we are so far into the series. However, for this entry, it ends up working because of the side-story nature of it. Neko-Nin exHeart 2 Love +Plus does a lot more story-wise for these characters than I expected given the cost of entry. There are a few stand-out comedic moments that will hold fans off until Neko-Nin exHeart 3, but other than that this entry just plays it safe, which is totally okay. If you haven’t played the series and feel left out, this is the perfect way to catch you up to speed with who these characters are and why they are invading this dude’s life. 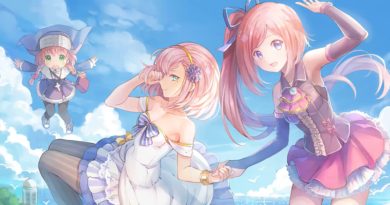