Akupara Games announced that the Die Gute Fabrik-developed narrative-driven adventure, Mutazione, has launched the original soundtrack for the title for fans to vibe too.

Composed and performed by Alessandro Coronas, the soundtrack includes 36 tracks spanning over four hours of music that can be heard throughout the Mutazione adventure.

“Coronas has built a musical environment with varied references, from 1960’s ‘tropical’ influences too much more diverse genres that mirror the emotional and physical journeys of the characters of Mutazione,” said Hannah Nicklin, CEO of Die Gute Fabrik. “Process has been an important product for Coronas. All recordings are done live, preserving imperfections, lo-fi aesthetics, and idiosyncrasies, to reflect the more ‘down to earth’ attitude of the community of Mutazione.”

The soundtrack was created during the 10 years that Mutazione was being developed. The music has been worked into the adventure since it was in its first sketches to the prototype phase and then to the release.

In Mutazione, players will join 15-year-old Kai who ventures off to the isolated, mutant-filled community of Mutazione in order to care for ill grandfather, Nonno. No, no this isn’t going to be a nurse simulator of some sort, there will be plenty of adventuring to do. Whether it’s making new friends, discovering scenic hangouts, uncovering long-hidden secrets, or helping restore balance to the community by planting and customizing magical musical gardens, players can expect to go on a spiritual journey. 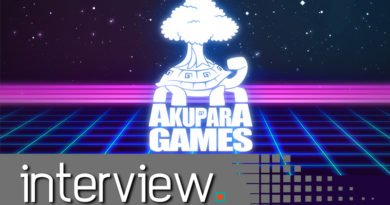