Crunchyroll Games has launched the Bank of Innovation-developed co-op fantasy RPG Mitrasphere on iOS and Android in the west.

The game received over 100,000 pre-registrants unlocking player rewards including 800 Sea Crystals, a 4-star Magic Device “Heroic Upa”, and a free special 10-pull with a guaranteed 4-star weapon. It will feature a variety of game modes including the main story, boss battles, ancient raids, and unique events.

Mitrasphere initially launched in Japan in August of 2017 and holds over 7 million installs. The game plays as a social co-op multiplayer RPG where players can work together through missions and events. This extends into the game’s environments where players can explore through themed areas.

During gameplay, players can travel with up to five other players and fight through dungeons and against bosses to acquire legendary weapons. Players are also able to customize their experience by swapping classes, equipment, and avatars through the adventure.

You can watch the launch trailer for Mitrasphere below: 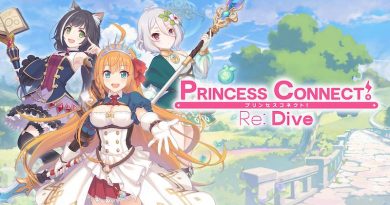 Overlord RPG ‘Mass for the Dead’ Launches in the West