Originally released on PlayStation Vita from publisher Idea Factory International, Mary Skelter: Nightmares takes the Grim Fairy Tales universe and flips it on its head. Players assume the role of Jack a boy who is seemingly normal, but has a special power that can end up saving him and his companions.

Trap in a “living jail”, a group of girls who go by the name “Blood Maidens” will join Jack in a fight towards freedom. Players will travel through various dungeons and encounter many gimmicks in the form of traps, secret passages, and maze like corridors. Additionally, large demon like creatures roam the floors in search of the player, who are faced with either running away or fighting the powerful foe.

• Customize your characters with 20+ jobs, each with their own unique skillset and stats!
• Challenging Nightmares chase you through the dungeons – use special abilities to lay traps and gain the advantage before battle! Some say there are giant Nightmares so large they span multiple floors…
• Fill your blood meter to transform and deal more damage in the powerful Massacre mode, or reduce it to heal the party and receive stat boosts!
• Explore the twists and turns of the Jail and satisfy its bloody curdling desires to earn helpful Jail Bonuses in your quest to escape!

You can watch the new trailer and check out new screenshots below: Dragon Marked for Death PC Review – The Empress, The Witch, and The Tavern 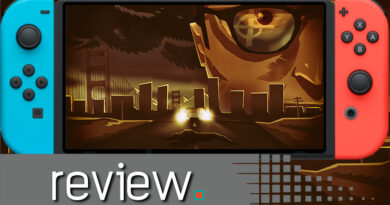