Netmarble announced that their MMORPG Lineage 2: Revolution will collaborate with the Bandai Namco-developed RPG Ni no Kuni II Revenant Kingdom, available now on iOS and Android.

The update is available now for players along with a “Red Diamond Event” that will reward up to 100,000 Red Diamonds, depending on the number of Red Diamonds used by players at the start of the event.

The collaboration will introduce characters from Ni no Kuni II as well as character costumes, Agathions, Pets, and Soul Crystals. Additionally, players will be able to find more rewards by playing through the Ni no Kuni themed Temporal Rift event. Each character and costume can be collected during the event to add a unique look to your in-game character.

Additionally, players will find 10 million Adena, 3,000 Red Diamonds, and three types of daily buffs for those starting a new game in the recommended server.

Lineage 2: Revolution is an MMORPG that features an open-world full of adventure and various PvP. The game is developed using Unreal Engine and focuses on visuals and character progression through its RPG system. The game is known for is 200 real-time player battles running on a mobile device.

Lineage 2: Revolution is available now on iOS and Android. 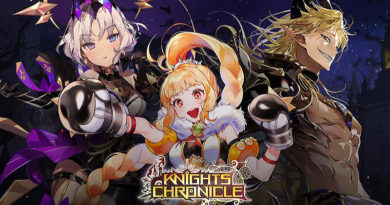