Ask and you shall receive, heroes (players) of Knights Chronicle. In direct response to player feedback, Netmarble has introduced a plethora of improvements included in the latest update for their mobile turn-based RPG.

The new story region is massive as it features 10 stages for each difficulty level (easy/normal/hard). Only those that are brave and strong enough should explore the region as Netmarble says that it’s “a relatively difficult region to clear.” Players that muster up the courage to enter Ravine of Memories will have the chance to meet multiple characters like Elf Helena, Elizabeth, and Carolina, and hear stories about the Grand Duchy and the Non-Humans (aka fantasy lore goodness.)

Instead of fighting against punching bags, players can expect more epic battles thanks to the Smart AI Application improving AI and supporting hero actions. With the new badge system, players can also combine and acquire flashy badges.

There will be two events to celebrate the latest update: a seven-day log in event with various rewards, and a half-stamina event for the Advent Dungeon.

Author’s take: I’ve yet to play Knights Chronicle, but it’s nice to see that the developer is listening and responding to player feedback. Because of this, I’m planning on giving the game a try!

Making a Positive Case for Gacha Games Based on My Experiences 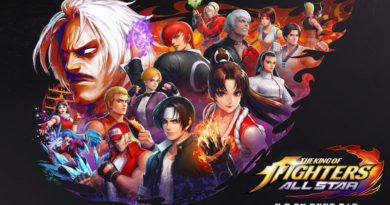