Riku’s Deluxe figure has “two face options, including a smiling face and a battle face, the Keyblade Way to the Dawn, and the broken Way to the Dawn.”

Additionally, Sora’s Deluxe figure has “two extra face parts, one with a smiling face and the other with a battle face, as well as the Shooting Star and Ultima Weapon Keyblades.”

Each figure is viewable via our gallery below, with respective North American store page links ahead of the items’ September 2023 release windows:

In Kingdom Hearts IV, Sora has found himself in Quadratum with Strelitzia, a prominent character in Kingdom Hearts Union χ. Additionally, this new saga has been titled the Lost Master Arc. Some combat footage is showcased, with Sora performing Keyblade transformations against a giant entity that seems to be a Heartless? We don’t know for sure. 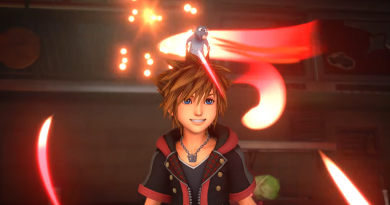