What if I told you there was a fighting game with more than 45 playable characters from the most popular Shonen Jump series that is still getting updates almost two years after launch? You might be surprised to hear that I’m talking about Jump Force, which launched to almost universally negative reviews. I never really stopped thinking about Jump Force, but I never got around to playing it. With the game releasing on Switch, however, I figured it was the perfect time to form my own opinion on the fighting game that won’t seem to give up.

Jump Force sees several worlds from the Shonen Jump magazine colliding with the real world, leading to chaos. To top it all off, mysterious cubes have been turning some of the strongest heroes into evil zombies. After almost being killed by a stray blast from Dragon Ball Z villain Frieza, the player-created character is revived by Trunks and recruited by the Jump Force, a team dedicated to saving the world from the cubes and get everyone back to their own worlds.

While this plot is admittedly over-the-top nonsense, this is precisely what I would want from a cross-over as significant as Jump Force. The only issue is that the game barely makes it through the first round when it comes to the story.

One of the most prominent issues with Jump Force is how it takes a group of heavily stylized characters from anime and manga and tries to force them into a realistic art style. While this may sound like a good idea in concept, in execution, most characters just look terrible. Even worse, the character’s facial expressions never change during cutscenes or story sequences, meaning it is impossible to take anything seriously or build any drama.

About half of Jump Force’s story scenes feature each character’s original Japanese voice actor. Admittedly, it was always nice to hear the soothing sounds of Masako Nozawa’s Goku, but hearing these iconic voices along with the terrible story and strange graphics, made the entire experience unmemorable. Depending on how you build your character, you can make some genuinely vile looking creations. We have seen this before in most games with character creation, but its almost impossible to make a character that doesn’t look creepy in Jump Force.

It’s possible to explore a HUB area within the game, but I would have liked to see other players OCs here, even if they look a bit off. Sadly, playing Jump Force online on the Switch is probably the worst experience I have ever had playing an online game. The second you connect to the internet, the game’s frame rate drops to about 15. If this drop in quality doesn’t bother you, chances are you won’t get to play much online anyways as I was kicked from the game upon completing a mission every single time. Seeing as how fighting games live and die based on their online communities, this is a major disappointment.

Utilizing the portability of the Switch had me excited to play a few rounds of Jump Force while out on the town. Sadly, like many other Switch ports, Jump Force takes a significant hit graphically and technically when played in handheld mode. Sure, the game is still playable, but everything on the screen becomes incredibly blurry and visually unappealing. If that wasn’t enough, the frame rate becomes even worse than it was before, making the game nigh unplayable. 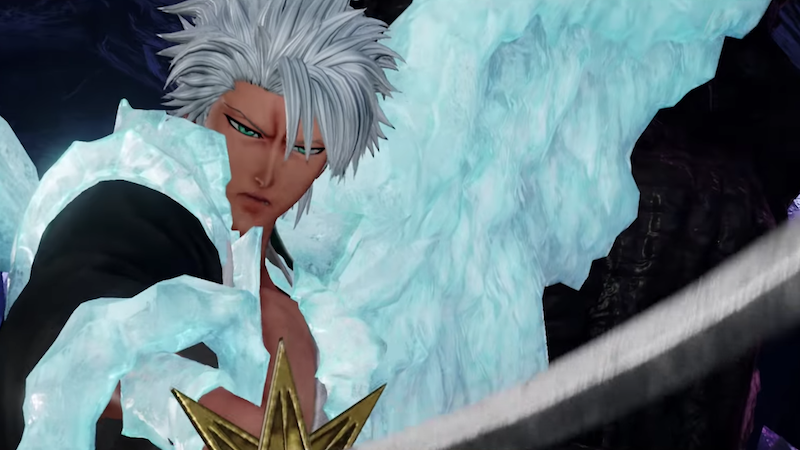 If you actually do get into a fight, things aren’t much better. Pretty much every character in Jump Force plays the exact same way. Combat becomes incredibly shallow, with the winner of most matches being decided by whoever can land the most special moves. This leads to most matches being incredibly boring as they turn into mindless button mashing.

Regardless of my experience with Jump Force, there’s something about pitting Jotaro Kujo from JoJo’s Bizarre Adventure against Asta from Black Clover that is incredibly fun, even with these bare-bones mechanics. Similarly, slowly building your character and giving them four special moves all from different series can feel rewarding.

With that said, if you happen to be looking for a game with anything other than fanservice, Jump Force might not be for you. It lacks competent graphics, technical fidelity, a worthwhile story, and enjoyable gameplay. At best, Jump Force is a fun way to waste a few minutes while you decide which of your favorite Shonen Jump characters would win in a fight. At worst, it’s one of the least enjoyable fighting games that I’ve ever played. Even though Jump Force has tried its best to stay in the fight years past its release, it just can’t land a punch. All of its problems far outweigh its positives, leading to an experience that only hardcore Shonen Jump fans can enjoy. If you’ve been waiting for the Switch port of the game to finally jump in, you’re almost certainly better off just waiting for something better.

Neversong Review – Not the Narrative That You’re Looking For