Another Indie announced that the Coffee Addict Studio-developed adventure Hazel Sky will launch on Nintendo Switch alongside PC-via Steam in 2021.

Hazel Sky is an adventure game that introduces players to Shane’s character as he is sent to the flying City of Gideon. His goals are to pass a test that every Engineer must take before being granted the role. However, if he fails, he faces banishment. In order to pass the trials, Shane will need to fix various machines and explore the world.

To help him on his quest, Shane is connected via radio with a fellow trainee engineer. Throughout the adventure, they will strike up a friendship that changes his views on the world.

During gameplay, players will need to platform their way through the world as they take on challenges. At times, the game will require the player to repair machines to progress. Taking time to explore will yield players with secrets about the state of Gideon and its customs.

The publisher also released a new trailer showing gameplay as well as Shane. The trailer gives a preview of some of the trials Shane will face during this emotional adventure.

You can watch the Switch trailer for Hazel Sky below: 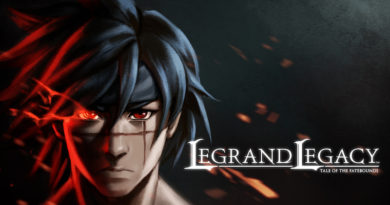 Classic Inspired RPG ‘Legrand Legacy: Tale of the Fatebounds’ Gets PS4 and Xbox One Release Date