Raiser Games and Protocol Games released a new trailer for their survival horror adventure, Song of Horror, which will launch its fifth and final episode, Chapter 5, on PC-via Steam on May 14.

The trailer catches players up to speed on the events and characters within the game. Through each episode, more is learned about the mystery and new elements play into the overarching narrative. Through exploration, new realizations are made, which puts these characters is a pretty bad situation.

The final episode brings together everything players have experienced in the journey for a final conclusion. Choices that players have made and characters who have died along the way will influence the ending. To stem the gap between Episode 4 and Episode 5, the developer released an update on Steam that introduced “substantial changes” to the chapter.

Currently, Song of Horror is still in early access on Steam. 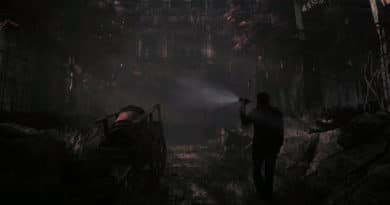