miHoYo announced that their mobile action RPG Honkai Impact 3rd will launch on PC-via their launcher in the west on December 26.

“The PC version will retain the authenticity and immersion of this title, meanwhile adding optimizations on controls and UI to ensure the smoothest gameplay possible.” Said CEO of miHoYo, Forrest Wei Liu, “Cross-platform compatibility will also be realized for the PC version which means one account can be used on both PC and mobile, and players could enjoy this title wherever they please.”

Previously a mobile exclusive, Honkai Impact 3rd is set in a world that has been plagued by cataclysms caused by “Honkai,” which is an energy that can synthesize, imitate, or mutate substances natural or artificial. In order to save the world from tyranny, warriors known as Valkyries will use their skills to defeat the Honkai and defend humanity.

During gameplay, players command up to three characters who are each armed with a unique attack, combo, evasion, and ultimate skills. Players can free switch between the characters during combat depending one what enemy they are facing.

The PC launch of Honkai Impact 3rd also brings with it v3.6, which adds a new character, Darkbolt Jonin, a ninja Valkyrie with an extra skillset. The game will also feature cross-platform support with its mobile counterpart. Players can also use their existing miHoYo account to sign in.

To celebrate the announcement the developer released a new trailer, which you can watch below: 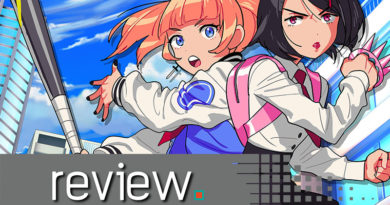