Rockstar Games announced that Grand Theft Auto V will release for free on PlayStation 5 as an expanded and enhanced edition in 2021. Players will be able to experience the game that has been reworked for the newer hardware.

Additionally, owners of the PlayStation 4 version will receive $1 Million of in-game currency each month until the launch of the game on PlayStation 5.

Grand Theft Auto V launched in 2013 and has since seen several updated versions on newer consoles. The game follows a trio of characters as they make their way through San Andreas, Blaine County, Los Santos. Players can also jump online with friends to purchase various in-game items such as cars, gear, and even an apartment. Players are also able to organize heists with their friends which allows them to strategically plan out missions with their friends. However, most of the online portions of gameplay will be encounters with other players who will just kill you on sight.

The game has certainly made an impact on the industry as it still has an online player base years after release.

We’ll be sure to keep you updated on Grand Theft Auto V’s next-generation release when more information is available. 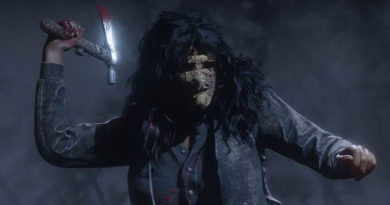