First-Person Shooters have been the sole gaming genre that I’ve always avoided throughout my life. My aversion to it wasn’t due to some traumatic events with fanbases or anything similar, really; it was just simple disinterest.

In my school days, all of my classmates who gamed always flocked to FPS’s, particularly Call of Duty and the like. I never had the same interests as my contemporaries but still initially desired to fit in. I remember on one of my visits to my friend’s house, I tried playing one of the Call of Duty games he owned. I can’t remember the name for the life of me. It was the most bored and disengaged I’ve ever felt by any media at the time, though. That may seem overly harsh, but as someone who grew up with RPGs and platformers, shooters emitted an entirely separate appeal, at least from the outside looking in.

As for what specifics of the genre turned me away, it was honestly the presentation. This is undeniably hypocritical to an extent because I’ve always been a supporter of the philosophy that graphics alone shouldn’t be the selling factor of a title. Still, this is more about the type of presentation rather than the graphical quality. In this case, I certainly fell into that camp. I always, and still do, vastly prefer gaming environments that are vibrant, colorful, and full of NPCs. Not necessarily solely jovial, but more than simply a drab, colorless state of affairs. This taste contradicts FPS’s, with their worlds constantly being dreary and full of death.

Another reason why I never found myself wanting to play FPS’s was because of my, admittedly, generalized and misconstrued perception of the gameplay. I can’t speak for every title of the genre, obviously. Still, the majority of those I’ve seen came off as mostly mindless shooting, with only enemy positions being relevant for strategy. Perhaps terrain played a part too, yet none of it ever compelled me at the end of the day. It always seemed like shoot-shoot, rinse and repeat. Moreover, the FPS genre is consistently identified in tandem with multiplayer, and, well, I’m not someone who dabbles with multiplayer at all, honestly.

As you can see, my non-engagement with the genre has stemmed from inherent facets that have simply never appealed to me and still don’t. So, with all that being said, let’s finally directly address the title of this piece. How did Doom 2016 of all games get me interested in the FPS genre? What about this game, in particular, stood out from the endless pack?

Well, I purchased Doom 2016 in the first place because of the ever-reliable Steam sales. I purchased it for 5 bucks about a week ago, which was a cheap enough price for me to take a chance for the hell of it. Plus, I could always refund it if it didn’t perform well on my PC or, the more likely outcome, I didn’t enjoy it. After playing the same types of games for well over a decade, I think my mind just desired something different. I don’t ever see myself growing tired of JRPGs, platformers, or action games, but everyone needs to sidestep the monotony of their life at some point. Whether it be work, food, or entertainment, sticking to one closed sphere takes away from any prospective enjoyment you may derive from other shades under the same, vast umbrella.

Those thoughts, melded with random, passing curiosity, persuaded me to purchase Doom 2016.

As I began, I put serious thought into my control scheme because, as an outsider, the primary point of contention I always saw from FPS players was whether it was preferable to use a controller or mouse and keyboard. I did think about using a controller as I have an extensive background with those tools. After some more contemplation, though, I said screw it and decided to use my mouse and keyboard. This genre itself was practically entirely foreign to me from first-hand experience, so I figured that diving in with a mostly foreign control style would really make these efforts feel as if they’ve begun from a ‘true’ square one.

Then, after sitting through the almost absurdly lengthy startup screens, which made me wonder if my PC could not handle this beast of a game, I eventually found myself in control, with the main character breaking free from what seemed to be an operating table. I swiftly realized that, thankfully, my PC was more than adequate, and it was just the opening load screens that took eons to conclude for whatever reason. I chose to play on the ‘Hurt Me Plenty’ difficulty since, even though I was a complete beginner, I had too much pride to play on any mode lower than standard.

From then on, my (sort of) first-ever first-person shooter journey began, and there was a far leaner learning curve than I expected. Of course, it could be that my general gaming experience aided in this turnout, but I managed to grasp the general game flow and control scheme within minutes. By the end of the second stage, I felt relatively comfortable with playing. Needless to say, this outcome was unexpected because I was far from expecting to have as much fun as I did. I usually prefer melee and close-range combative options in games, so the fact that I was enjoying myself shooting grotesque demons from afar felt uncharacteristic of me.

However, more than the gunplay, I quickly uncovered a facet of Doom that I never heard anyone ever bring up before; the exploration. I genuinely had no idea that Doom was full of platforming and map exploration, to the point where the joy emitted from these acts overshadowed the gunplay. Numerous secrets also littered the maps, and I was in a continuous state of shock. Whenever I’ve heard about Doom being discussed, its exploration and platforming were practically never even brought up, so I felt like I discovered a hidden layer of something truly extravagant.

This is going to be a bizarre comparison, regardless of whether or not you’re familiar with the title, but my time playing Doom heavily reminded me of the original Kingdom Hearts. These contained environments that seemed so natural thanks to the onslaught of diverging pathways and engaging secretive hideaways gave me an undeniable sense of nostalgia. The level design was truly where Doom impressed me the most.

Now, granted, none of this is to say I had a completely faultless, purely joyous experience with Doom because that couldn’t be further from the truth. Yes, the level design was fantastic, yet the aesthetics never truly clicked. I understand that dreary, dark environments are just part of the game’s charm, and people love it. It just isn’t for me. Additionally, perhaps the most pronounced grievance for me was the soundtrack.

I never studied music and do not know any advanced musical terms really, so I can’t provide grandiose reasoning for my dislike of the soundtrack. The simplest way I can put it is that the music in Doom is the complete opposite of what I like. Apt examples of games with soundtracks I like are the Kingdom Hearts series, Star Ocean, Tales, Trails, Ys, etc. Doom’s soundtrack was akin to Shin Megami Tensei and Devil May Cry, franchises with soundtracks that are far too rock and metal heavy for me to enjoy.

Lastly, while Doom does house a narrative and some lore collectibles, none of it really ever compelled me in any way. The main character, commonly referred to as ‘Doom Guy,’ which I am unsure is his actual canonical name or a fanmade one, just seemed like an abrasive asshole who liked killing and destroying. I am sure there is more to him in the story I admittedly only half paid attention to, but he did not make an engaging first impression nor any gripping ones later.

My dislike of those components may make it seem like I didn’t really have fun with Doom. That is not the case at all, though. Those factors were somewhat frustrating to contend with, no doubt about it. Still, I was addicted for a few days, vastly enjoying the gunplay and exploration. I grew to realize the gun combat was more puzzle-esque and less mindless than I initially assumed it would be. Every enemy had its own telegraphs, general movements, and weaknesses that nicely complemented select guns. The chainsaw was a cool inclusion to account for ammo restoration too.

I still prefer close-ranged, sword-style combat in gaming, but I’ve grown newfound respect for shooters. I finally understand the satisfaction of chaotically killing demons and other monstrosities with explosive powerups. I don’t ever see myself dabbling in multiplayer shooting escapades, yet Doom Eternal and even Quake are starting to interest me now. After going through Doom 2016 a few more times, finding all the collectibles and whatnot, I intend on diving into this genre more, albeit gradually, to uncover a whole side of gaming I willingly ignored. 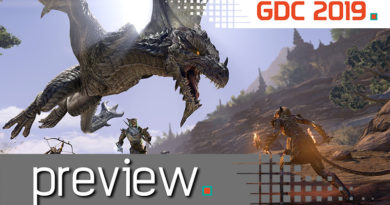