Molegato’s latest gaming entry is a cartoony and colorful homage to old-style 3D games for the Playstation and the Nintendo 64. In Frogun, you play as Renata, the daughter of two archaeologists and inventors named Lily and Tod, who go missing two days after venturing into some mysterious ruins known as the Beelzebub Ruins.

Despite being told to stay behind, Renata becomes worried about her parents’ absence and sets out to explore the ruins herself in order to find them. Accompanying Renata on her adventure is the titular Frogun, created by her parents, which acts as your main weapon and platforming tool.

The Frogun provides advice on solving puzzles after stepping onto speech bubbles found throughout each level. With the Frogun, Renata is able to grab and drag enemies over towards her, where she’s able to pick them up and throw them towards other enemies, a wall, or the endless colorful abyss below each stage. Further, Renata can use the device to cling onto walls, allowing her to reach one point of the level to another; this mechanic is also useful when it comes to solving certain types of puzzles, such as collecting a gem in a limited amount of time.

For those that might have trouble controlling the direction of the Frogun, you can manually aim it in any direction, which is sometimes needed to navigate through the more difficult section, as shooting the Frogun in the wrong direction could cause Renata to be dragged off the level and fall into the abyss.

The goal is to collect an emblem at the end of each level. The emblems aren’t too fancy, but with the side gems you collect, you can give them a little more detail. These are necessary for unlocking chests around the hub world that provide equipment such as new hats that can boost HP.

However, you cannot receive certain gems for the emblem unless you complete a level in a certain way, such as by clearing it in a limited amount of time or without dying. The game has an accessible increase in difficulty across levels, with the later levels featuring surprises for the player to discover, such as secret areas.

Helping the upbeat nature is an addictive 8-bit soundtrack, which changes and fits the scenery depending on the theme of the stage. The camera, when it isn’t having trouble focusing on Renata, is useful for discovering secrets, such as a hidden tunnel. Although these areas are tricky to get through, completing them rewards you with obsidian skulls, one of the many side items that you’ll find during your adventures.

Aside from the skulls, you’ll also acquire gems known as eyemarlds and notes left behind by various characters that came to the ruins before Renata, such as her parents, enemies, or Renata’s rival Jake and his pet snake Snatch, talking about their various misadventures throughout the Beelzebub Ruins. Jake and Snatch will appear from time to time to challenge Renata and Frogun to race for some treasure, much to their chagrin.

The race will take you across the level, but if you miss any of the various eyemaralds, obsidian, and notes, you have the option to go through the level again at a slower pace after winning. You will also go against various animal-themed bosses. These fights are fairly tough, and you will likely die a couple of times, but luckily, you have unlimited lives and can quickly go back again and learn each boss’s mechanics.

Although Frogun can be challenging, it becomes easier thanks to the ability to quickly jump back in and try again. The ways of dying are many, where you’re either falling into some deep or poisonous water due to discovering a platform that breaks or the moments when Frogun drags you into a larger enemy instead of the enemy being dragged towards you. Dying can be frustrating, though, since progress isn’t saved once you reach one of the level’s checkpoints; this means that items collected are taken away after death even after reaching the checkpoint.

Besides Jake and Snatch, Renata and Frogun will come across a man that sells various hats for Renata to wear. The yellow, white, and red coins that you pick up can be used to purchase these or some behind-the-scenes photos for the gallery.

There’s an added two-player dueling mode where you play as Renata and Jake and run around a small map to collect coins while dealing with enemies. You can also enter photo mode at any level and take photos with Renata in various funny poses or from her point of view in first-person mode.

Frogun is an excellent entry in the platformer genre in spite of the frustrating backtracking that you have to do at times or the aiming sometimes leading you to your doom. But if you’re willing to overlook them and play something to pass the time while on vacation or dealing with the summer heat, then Frogun is a fun colorful platformer that provides heaps of nostalgia for longtime fans of the genre. 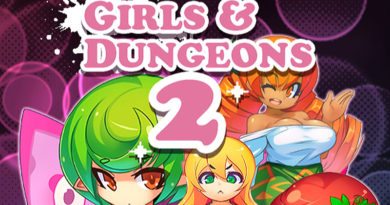