Entries in the Type-MOON developed Fate franchise have long since required fan translations for overseas fans such as myself to enjoy. From Fate/stay night to my personal favorite, Fate/hollow ataraxia, fans have undoubtedly been the backbone for iconic Fate-related experiences in the West. And now, yet another game will be joining that fray, Fate/Extra CCC.

This title, the pseudo-sequel to Fate/Extra, has been in the fan translation oven for quite a long while. Still, team Iwakura Productions have announced in their latest blog post that the translation itself has finally concluded. While they still have to complete the editing and testing phases before rolling out their translation, this is still an incredibly significant accomplishment. Congratulations to the team for this development, and English-speaking fans will be able to play this long-sought-after sequel in due time.

Fate/Extra and Fate/Extra CCC are available on PSP, with only the former ever being localized.

A remake of the first Fate/Extra entry, Fate/Extra Record, is being developed for modern platforms. Players can choose different Servants as they experience rock/paper/scissor-like turn-based battles in a Grail War unlike any other.

The initial teaser trailer for this remake can be viewed below: 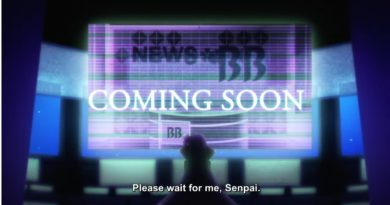