MangaGamer announced that they will publish the SukeraSparo developed educational yuri visual novel The Expression Amrilato to PC in the west on June 13.

The Expression Amrilato is a yuri visual novel with a couple of special features up its sleeve. First off, this all-ages visual novel features a romantic story about a girl named Rin who has found herself in a magical world. However, the inhabitants of this world may look human but speak a different language than herself. After meeting a girl name Ruka, the educational element of the game begins.

The player and Rin will both struggle to understand the characters met throughout the story. However, the game ends up teaching an actual language, Esperanto.

Evidently, this world only speaks in Esperanto and Ruka will help Rin learn the language and maybe even find herself becoming more than friends with the lost girl. The Expression Amrilato also features a quiz-like study feature that goes beyond the story and gives players even more opportunity to learn the new language. In addition, the game is also a romance so expect there to be some heart-warming scenes of yuri love.

The Expression Amrilato will launch on PC via Steam and on MangaGamer on June 13.

You can watch the trailer for The Expression Amrilato and check out screenshots below: 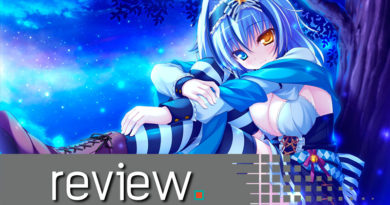