In 2019, when video game releases could typically stick to their release schedules, developer Romero Games and publisher Paradox Interactive decided to announce their next big venture, Empire of Sin, a strategy game set in Chicago during the 1920s. The adventure dives deep into the heart of the Prohibition era and gives the player a front-row seat to the life of mobsters and organized crime; while delivering tight, tactical gameplay where every shot counts.

Empire of Sin plays as a turn-based strategy game and puts you in control of one of 14 bosses. From the infamous real-world figure that is Al Capone to the unique and original Goldie Garneau – the choice is dealt with in spades, and the variety doesn’t end there. Beyond just simple appearances, each of the playable characters varies in stats and abilities, ranging from combat bonuses that can help you turn the tables in battle, empire bonuses that will assist in upgrading your mob, and even diplomatic bonuses, helping you strengthen your pacts with allies. It was honestly surprising to see just how in-depth these systems were and how they affected gameplay sessions.

The presentation of Empire of Sin captures Chicago during the 1920s rather nicely. Built upon the Unity engine, the game manages to keep itself looking like a well-polished title of the current – or perhaps now, last – generation while running smoothly without issue. If there’s one thing I can say that could use some improvement, it would perhaps be the animation. A lot of the sequences seemed somewhat blocky and not as fluid as I would have expected. Still, in a game where the mechanics mean more than the aesthetics, it never stopped my enjoyment. That said, as a personal preference – seeing enemies ragdoll out after being killed in battle was always a treat, in addition to the brutal executions that play out when you finish off your enemies in the heat of battle. In addition to this, Empire of Sin has a bombastic, jazzy soundtrack, staying true to the era it’s set in. From those chill, lounge sets you’d hear while exploring Chicago to real ‘get-up-on-your-feet-and-dance’ numbers that add to the atmosphere when engaged in combat against your opponents, this score composed by the trio of Tommy Buckley, Dan Policar, and Matt Sweeney was really well arranged. However, if there was one thing that I could’ve done without in the audio department, it was the constant affirmative noises coming from my mob when selecting them, but it was by no means a deal-breaker.

The influences that may come to your mind when seeing this game for the first time would undoubtedly be none other than XCOM, and you can’t be at fault for that. The influences and inspirations are very much present, but Romero Games has made it clear that Empire of Sin is definitely a beast of its own, which was made evident at many points throughout my time with the game. A good bit felt familiar due to my past experiences with other games in the genre, but more often than not, I was presented with new mechanics that took a little getting used to. For my first run, I decided to select the one and only Alphonse Capone as my chosen boss, being the only one out of this mix of ‘real world’ and original characters that I know. The tutorial does a good job of showing you the ropes of how the game works, and I highly recommend going through with it – for you’ll be lost otherwise. There are so many intricate mechanics to learn and master, such as the sit-downs and recruiting additional mobsters, and even the dynamic interactions between AI characters that affect the long game. I feel like I’ve only scratched the surface during my time with Empire of Sin. I must admit, I’m excited to delve deeper, especially knowing that it will be supported with future updates and content – with two post-launch expansions on their way.

It feels like every run of Empire of Sin comes off as a unique experience, ranging from around 8 to 10 hours depending on how you approach a playthrough and which of the fourteen bosses you choose to play with their own unique skills and abilities. With the ever-changing world as time progresses and the open-ended nature of the game – giving you a plethora of options as to how to take out your rivals and claim victory, this fresh take on the tactical, turn-based strategy genre is one to look out for.

Romero Games’ step into this strategic genre is a brave and bold one that has certainly paid off. Empire of Sin perfectly captures the feeling of Chicago in the 1920s and delivers a tight, tactical experience that plays itself in such a way that this title will easily be spoken about in the same light as XCOM – but perhaps even beyond that, due to the deep, unique tycoon elements, it has to offer. 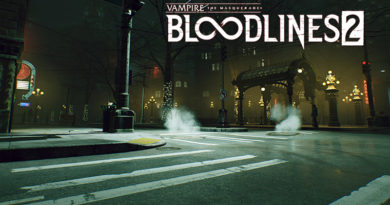 This Isn’t a Meme; Victoria 3 is Officially in Development