JAST USA has brought to light that a Kickstarter claiming to be in support of a mobile release of Eiyuu*Senki GOLD in the west is indeed fake and a scam.

The creator, Hendry Wang, details the game, in broken English throughout the Kickstarter page as he tells fans that TENCO has given his team full access to the game assets, which doesn’t seem to be true. The only version that is confirmed for western release at this time, is from publisher JAST USA, who announced it at Anime Expo 2019.

The strange Kickstarter is asking $175,500 to fund the project with various tiers available. At first glance, the project appears to be lacking many standard additions for Kickstarter, such as information about the developer and the breakdown of the funds. We won’t be linking the project here to limit the amount of traffic to the page.

Eiyuu*Senki GOLD is set in a world full of mighty nations and heroes battling with one another for supremacy. In this world, players take on the role of the main character who’s suffering from amnesia, but that’s not all. You see, the situation going on in this world, in particular, is that all of the greatest heroes of history and mythology are brought into the same time period and have been changed into females. This situation, of course, changed the world drastically, which is where you need to come in to conquer it, unite it, and set things back to the way they were before.

Eiyuu*Senki GOLD is a sequel to the Eiyuu*Senki, which released in March 2012. With Eiyuu*Senki GOLD, players can expect to find engaging tactical battle gameplay, a wide array of heroines, and, of course, plenty of eroge scenes (that will not be censored, which JAST USA mentioned during their panel.)

We’ll keep you up-to-date on any future developments with this story. 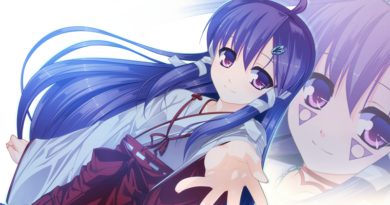