Dear Villagers has launched Chapter 0: The Seeds of Destruction of the Midgar Studio developed RPG Edge of Eternity, available now on PC via Steam Early Access, update available at 11 am PST.

Chapter 0: The Seeds of Destruction is free for anyone to download and experience 2 hours of new content including, new cutscenes, tutorials, and difficulty levels. This is a prologue chapter so players will be introduced to characters and their situation before the happenings of the beginning of the game. This new update will focus on the origins of Daryon & Selene’s quest to save their mother, which is a large focus in the game’s story.

Additionally, the developer released a new trailer showing a few of the cutscenes as it sets the tone of the adventure.

Nine people are developing edge of Eternity, so Early Access was their best means to release the game and get support from fans to make the game as high as it could be by the time it officially launched. They understand that it was a huge task to take on, but they are willing to do it, and the work that they have put in so far proves that they can put out quality content. 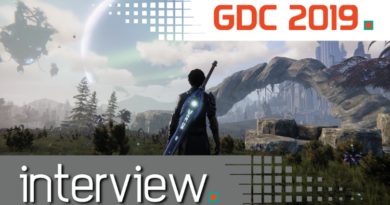