iam8bit and Skybound Games announced they will publish the physical release of Eastward on Nintendo Switch from Chucklefish and Pixpil.

The physical release will ship on Ma6 24, 2022, and fans can pre-order the standard edition for $34.99. A Collector’s Edition will also be available, which includes:

The cooperative tabletop game has 2-4 players working together to rescue villagers and defeat enemies, racing against a sinister miasma that threatens to engulf the world — complete with a foldout game board, 15 food cards, 10 item cards, eight Miasma cards, and four unique playable character standees. In addition, the tabletop game pairs with the limited vinyl featuring the game’s soundtrack by Joel Corelitz with extra notable work on Death Stranding, Halo Infinite, and Gorogoa.

Further, a vinyl soundtrack is also available that includes the Board Game as well.

Eastward introduces players to John and Sam who have been forced into an adventure that will change their lives forever. The fate of the world rests on their shoulders, but much of the game’s charm comes from the characters you meet along the way.

In case you missed it, you can check out our review of Eastward now.

You can view the various limited editions below: 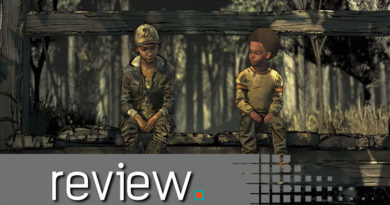 The Walking Dead: The Final Season Review – A Heartfelt Goodbye