The new trailer shows off gameplay from the title as well as gives players a preview of the environments and battle system. During battles, players will have access to three different fields where that can unleash various attacks and abilities against small and large enemies. Utilizing the battle system to its fullest potential is necessary when taking on large-scale boss enemies.

Faria – The oldest of the younger witches in the den. She’s always up for a challenge and wants to join the elder witches in battle so very badly. She’s very cold towards Zephy and has difficulty being honest with herself.

Monet – A lovable, ditzy witch who is always honest. She lives in the den with the other witches and enjoys taking care of the flowers in the garden.

Chiquita – A young witch who lives at the den. Her personality is a little strange, and she is very vindictive when talking to people. She loves to explore.

Pio – A young witch who lives at the den. Despite being the youngest witch, she is the most dependable. She is extremely intelligent and loves to read.

Dragon Star Varnir stars the main protagonist Zephy who is accompanied by a group of witches who are curst to give birth to dragons. Zephy is tasked with hunting these witch originally but soon finds his own fate intertwined with his former enemies. He must then join the group of dragons and fight alongside them in turn-based combat that moves between various layers of the battlefield. The fates of the dragons are in the player’s hands as they make choices on how to take care of them or sacrifice them for additional items and skills.

In case you missed, check out previous coverage where we detail the game’s dragon core system and characters.

You can check out the battle system trailer below: 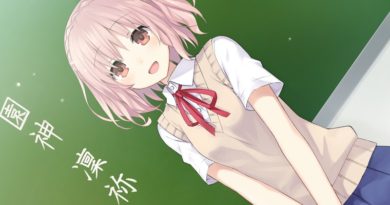