Following today’s Dead Space remake Developer Stream, the official Dead Space Twitter account tweeted that the much-anticipated horror remake will not be releasing this year, but rather, is aiming for an early 2023 release date. There’s no specific release date as of writing, with Early 2023 serving as more of a release window.

A couple minutes of new gameplay were also shown during the event as well, with most of the livestream diving into the audio of the original game and the remake, and the process behind crafting it. A similar livestream, focused on the visuals and art instead of audio, is currently planned to take place in early May.

Developed by Motive, the Montreal-based studio behind Star Wars Squadrons, the Dead Space remake puts players in the heavy boots of starship systems engineer Isaac Clarke. Isaac must navigate his way through the USG Ishimura after a mysterious event leads to the ship being overrun by terrifying monsters called the necromorphs.

Out of his depth, Isaac must survive as he finds his way out of the ship while uncovering the secrets behind the sketchy Church of Unitology and what happened to the USG Ishimura.

The Dead Space remake is set to release for the PS5, Xbox Series X/S, and PC. 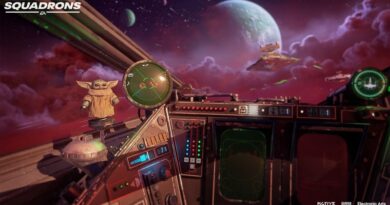