During Microsoft’s E3 2019 briefing, Flight School Studio announced that their hack & slash dungeon crawler Creature in the Well will launch on Xbox Game Pass on Windows 10 PC-via Steam and Windows and Xbox One later this summer, as well as Nintendo Switch.

Creature in the Well is a top-down, pin-ball inspired hack & slash dungeon crawler where players assume the role of the last remaining BOT-C unit. Players will venture deep into a desert mountain to restore power to an ancient facility that is haunted by a desperate creature. During the game, players will uncover and upgrade a variety of different gear options in order to free the city of Mirage from a deadly sandstorm.

Gameplay in Creature in the Well will have players charge up energy orbs and bounce them to reactive dormant machinery. Players will be tasked with escaping challenges and confront skillful battles. The game features eight dungeons across different themes and with a handful of unlockables. Players will be able to customize their playstyle with upgradable weapons and clothing that change how they experience the game.

More about Creature in the Well will be revealed closer to the game launch later this summer.

You can check out the gameplay trailer as well as new screenshots below: 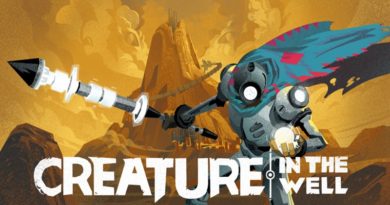 Pinball Dungeon Crawler ‘Creature in the Well’ Out Now on Xbox One, Switch, and PC